By GERMEIN LINARES
March 10, 2004
Sign in to view read count 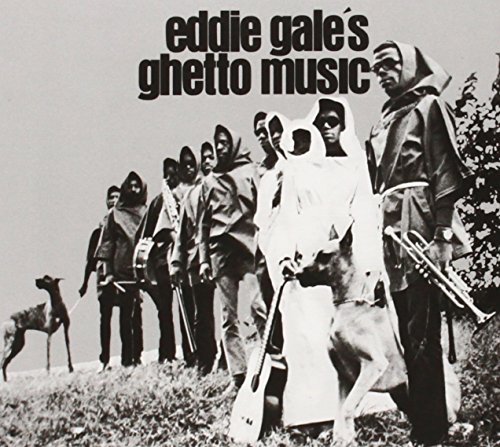 It is often difficult to gauge the relative importance or message of an artwork, years or decades after its initial release. Truly impressive are those works that not only retain their Zeitgeist, the spirit of the times, but also find relevance and significance with the present. Listening to the re-release of 1968's Eddie Gale's Ghetto Music, one not only senses the social awakening of the late 1960s, there is an equal and unfortunate awareness of our current cultural waste. Francis Wolff, co-founder of Blue Note, felt so strongly about this album that he personally financed the production and release of this music in 1968, after recording Gale on Cecil Taylor's Unit Structures and Larry Young's Of Love and Peace.

The good people at San Francisco-based Water Music have taken the initiative and re-released Eddie Gale's Ghetto Music on CD. The success of the album stems from its unique use of folk, blues, gospel, soul and jazz to create a wildly vibrant, urban force. "The Rain," with Joan Gale's soft, assured delivery, sets the pace for the entire album, as it morphs from a single guitar strum into a massive entity of sound, rhythm, and swing. Surprising, since 17 musicians appear on the album, is the precision and efficiency of the music.

On "Fulton Street," for example, the feel of the famous Brooklyn street is captured immediately by the child-like voices pronouncing its name proudly: "Fulton Street, baby!" Then, the low down riff comes in, the singers mimic the sound of the horns, they interchange riffs, and someone runs here, somebody else goes there, and you feel it, you're on Fulton Street, baby. It welcomes you.

Once in, it may well be difficult to relinquish the sensation of songs like "A Walk With Thee" or "The Coming of Gwilu." Both burn as deep, groove as hard, as anything else on the vaunted Blue Note catalog. For that reason, those that rarely venture outside the hard bop fringes of Blue Note will be most rewarded by the music here, as it presents new possibilities without abandoning the "Blue Note sound."

Visit Water on the web.