George Duke: The Master of the Game 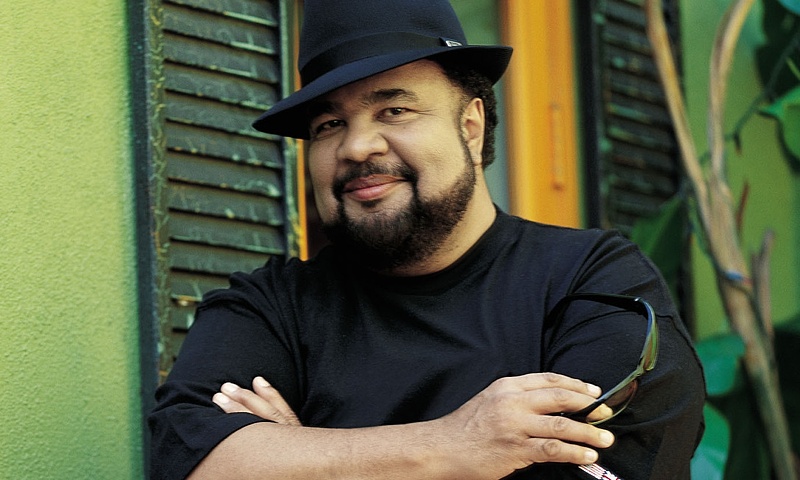 By JEFF WINBUSH
September 2, 2013
Sign in to view read count
[Editor's Note: The following piece was first published at AAJ contributor Jeff Winbush's The Domino Theory blog, and is reprinted here in tribute to George Duke, who passed away on August 5, 2013]

I never caught George Duke live in concert. I never met the man in person. However, he did give me two hours of his extremely busy time to talk to me for a career-spanning interview. What came of it was the longest interview I had ever done before, after or since and after I finished it, I knew that it was good but man, was it going to be a bear to transcribe.

Duke liked it too because he put a link to it on the front page of his web site and that was an honor. No interviewer wants the subject to regret doing the interview.

I gained a whole new appreciation of the man they called "Big Daddy." If you love jazz fusion (and I do because I ain't no jazz snob) you love George Duke. Duke was one of the top five keyboard players of the fusion genre along with Herbie Hancock, Chick Corea, Joe Zawinul and Jeff Lorber. Where Duke ranks in that group is subject to debate, but for my tastes, he's second only to Hancock and ahead of Corea, Zawinul and Lorber. Others may see it differently, but hey, it's my list and I'll order it how I want.

I published an excerpt of the 2010 interview, which can be found in full at All About Jazz. We were discussing Deja Vu (Heads Up/2013), however, I couldn't let an opportunity pass to ask Duke what it was like playing with the notoriously short-tempered Miles Davis:

All About Jazz: Regarding "Ripple In Time," the trumpet playing by Oscar Brashear is a shout-out to Miles Davis. You played with Miles in his final years, and nobody comes away from working with Miles without some impression: good, bad or otherwise.

George Duke: He could be extremely intimidating. Matter of fact, I was playing with Cannonball Adderley at the Beacon Theater in New York. We had finished our show and I was out front listening to John McLaughlin, and Miles came to the show.

He said [slips into gravelly Miles Davis voice], "Hey man, what you doin' in this band?"

I was, like, "Damn, did I just get dissed?" I didn't know if he was saying I wasn't good enough to be in Cannonball's band. I didn't know how to take that comment.

Years later, Miles would come to my shows in New York but he wouldn't say anything to me. A murmur would go through the audience: "Miles is in the room!"

As time went by, he'd call me on the phone and tell me he wanted me to write a tune for him. He actually asked me to join his band at one point. We were never close friends and I wasn't in his band, but we had this weird kind of relationship especially when he was with Cicely Tyson. I'd see him all the time. He said, "George, I want you to write me a tune."

I wrote "Backyard Ritual" and sent it over to him as a demo thinking he'd go in and rerecord it live with his guys. But he said, "I like it because it sounds funny."

And that's the way it came out. "Backyard Ritual" [ from Tutu (Warner Bros, 1986)] is a demo Miles played over. I never saw him in the studio.

The original song I wrote for Miles had a French-Cuban atmosphere to it. Dianne Reeves came in the studio and heard me working on it. She said, "What's that?"

She said, "Wait a minute. We're family. I want that tune for my record."

Dianne said, "We're family. You got to tell Miles he can't have it. Write him something else."

I said, "He's already heard it. You call Miles and tell him he can't have it!" She said she was already writing a lyric for it. I told her, "You gotta stop!" Well, Dianne is my cousin, so I had to call Miles tell him. I said, "Hey Miles?"

"You know that I tune I wrote for you?"

"You know my cousin, Dianne Reeves?"

"Uh, can I write you another tune? She wants it for her album."

Miles cussed me up and down. It took him about 15 minutes of swearing at me and her. "Tell that blankety-blank to get her own song!"

The song that came out of it for Dianne's album was "Fumilayo," and it was nominated for a Grammy. It didn't win, but it started out as a song for Miles Davis.

AAJ: You hear these amazing stories about how intimidating Miles was and you think no way could it be true, but maybe it is.

GD: Miles was quite a character and much funnier than most people realize, especially if you were with him one-on-one. Very interesting dude. 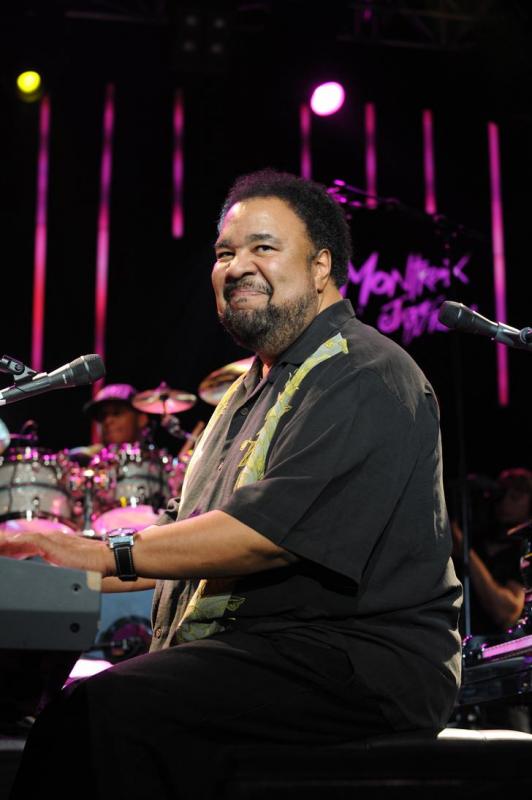 Going down the list of who Duke played with or produced includes Michael Jackson, Stanley Clarke, Sheila E., Frank Zappa, Jeffrey Osbourne, Deniece Williams, Jean-Luc Ponty, Sonny Rollins, Cannonball Adderley, Billy Cobham, Barry Manilow, Anita Baker, A Taste of Honey, and on and on. Duke liked to work as much as he liked to play and when his career cooled as a musician, he slipped effortlessly into the producer's chair and kept pumpin' out the hits.

I struggled with Duke's last album, Dreamweaver (Heads Up, 2013). It was dedicated to his wife Corrine, who passed away last year. The album has its peaks and valleys and I struggled with writing the review. I didn't feel it was a great record, but I couldn't knock the sincerity behind it.

The promotional video for the album shows a somewhat diminished Duke. I see a man who has lost weight and wearing a hat instead of his usual Afro—possibly to cover hair loss from chemotherapy? Don't know and it's not my business, anyway. Duke cared about the music, not the trapping of stardom. He played with giants, made hits for giants and became a giant without ever losing his humility, humanity or humor. There's the music he made and the many millions he reached for and turned on with the Dukey Stick.

There's also the respect and love George Duke's peers had for him:

"When I was growing up and learning to play guitar in Hawaii, George Duke was one of my heroes. It was a dream come true to play in his band, and I'll always be grateful to him for his supportive attitude—and the way he pushed us all to play the best we could." align=right>—Charles "Icarus" Johnson, writer and blogger, Little Green Footballs and former guitarist in the George Duke Band

"I can't believe that I'm writing these words. George Duke has passed. This one is extra tough. He'd just lost his wife a year ago. George was one of those special human beings who changed the feeling of whatever room he occupied. When you were around him everything just seemed better. Lighter, more positive. Tremendous musician, incredible human being... No one who knew him will be quite the same now that he's moved on." align=right>—Marcus Miller

"George Duke's talent was universal. He could adapt to all forms of jazz, pop, and rock—from Frank Zappa to Miles Davis and everything in between. He died not only of an illness but I think also of a broken heart. His wife Corrine left us last year and they were deeply in love." align=right>—Ramsey Lewis

"Words cannot express the lost of my mentor and friend George Duke. I tried to come see you yesterday. You are now home. I love you." align=right>—Sheila E.

"George Duke's life is to be celebrated because his life was about achievement, discipline, structure, focus, love and extreme ability. George lived life strong. He lived the life of 30 musicians. He attacked life as much as life attacked him. George Duke was a true soldier of music and could very possibly be the nicest man I've ever met......!

"A walking angel....." There isn't a person who can say that once they were in George's presence they didn't feel better! " align=right>—Stanley Clarke

The last thing a man as full of good humor and humility as Duke would want would be for people to mourn him. I can't say I knew Duke, but what I knew of him, he'd probably prefer if everyone just played one of his records—and if it made you happy, Duke would be too.

As legacies go, that's not a bad one.