George Cables: The Pianist’s Dedication to the Group

By VICTOR L. SCHERMER
October 14, 2013
Sign in to view read count
AAJ: That's a wonderful recording by the way. It's so listenable and expressive. When I heard it, I thought of some pianists you haven't mentioned, especially Tommy Flanagan and Kenny Barron, in terms of the combination of lyricism and a tight rhythmic pulse. In your opinion, is that a fair comparison to make?

GC: Those are great pianists, and I'm very grateful to be mentioned in the same breath as them. Kenny is one of my favorite pianists and a great influence on me from years ago. I first became aware of him when he was with Dizzy Gillespie and Freddie Hubbard. He is both a great writer and pianist, and as time goes on, the added experience has contributed to his elegance.

AAJ: "Elegance" is the word I was looking for to describe Tommy and Kenny as well as your new album.

GC: Yet, at the same time, I don't want to be exactly like them. They have their territory staked out. I don't want to compete with them. But Kenny is just a great pianist, and I love the way he touches the piano...

AAJ: I didn't mean to imply that you were imitating them, only that you share a certain tradition in common.

GC: I think that we're related in some ways. Kenny, like me, likes to go outside the chords. I think we have similar influences. For example, Art Tatum is our pianistic grandfather. And I love the piano. I've been exploring that in another record that we're working on, that we're calling "Icons and Influences," so I can reach back a bit and play some music, let's say, by Dave Brubeck or Duke Ellington and Mulgrew Miller and Cedar Walton. Cedar had a big influence on me, and who I identify with because of his work with various rhythm sections. I remember reading that he didn't want so much to be thought of as a great soloist as he wanted to be a great pianist. Like me, his emphasis was on the group. But now I enjoy the whole gamut: solo, duo, trio, quartet, the smaller groups, which makes it easy for me to make my voice heard.

So, I have my various projects coming up. I have a songbook with some of what I've written, but in different settings, like with the young vocalist Sarah Elizabeth Charles. I hope to do part of that in November in my gig at Dizzy's Club Coca Cola. We'll do some trio, some songbook, with Sarah, Steve Wilson, Victor Lewis, Essiet Essiet. I had been using Steve Berrios as a percussionist, who recently passed away, so Steve Kroon will be there instead. But I'm working on some new pieces as well. And then there's my association with The Cookers. Like somebody said, "There's snow on the roof, but there's still a lot of fire in the furnace." Guys like Billy Hart, Cecil McBee, Billy Harper, Eddie Henderson. Among the younger guys there's Eddie Weiss. Craig Handy, Gary Bartz. We've had a close relationship over time, and each one of these guys has been a strong influence on my musical life.

And of course, the Dexter Gordon legacy is very important to me. At the February 2014 Dexter Gordon Birthday event at Dizzy's, the rhythm section is going to be Victor and probably Rufus. For the front line, I have in mind Brandon Lee, Jerry Weldon, Walter Blanding, and Joe Locke. It depends a lot on who's available. And then there's "The Art Pepper Legacy," a brain child of Gaspare Pasini, an Italian alto saxophonist. We've used Carl Burnett for that. We had been using bassist Bob Magnuson, but he's had some physical ailment, and I think he's had to retire from playing gigs. We're all alumni of Art Pepper's groups. But we've used Essiet, and it turned out very, very nicely.

So I have my hands in a lot of things. And then I'm teaching an improv ensemble at the New School. In the past, I've had a Herbie Hancock ensemble in which we played the music of Herbie. This year, it's the improv ensemble, which is pretty open as to which music. So far, I've brought in a McCoy Tyner piece, a couple of my own pieces, some Charlie Parker, a great variety.

AAJ: What is the instrumentation?

GC: This year I have alto, tenor, piano, bass, drums, and guitar.

AAJ: A lot of the best jazz training happens at the New School.

GC: Right. There are great instructors who really care what happens with the music and the young musicians.

AAJ: Things are pretty exciting for you.

AAJ: I always ask the musicians about their personal life, because, as Charlie Parker said, "If you haven't been through it, it won't come out of your horn." You mentioned your partner Helen. Tell us about her.

GC: Helen passed away from pancreatic cancer in November, 2010. I still feel her presence. We were together for 28 years. No kids, probably by choice.

AAJ: I know you've had your own medical issues. I understand you're doing very well right now. 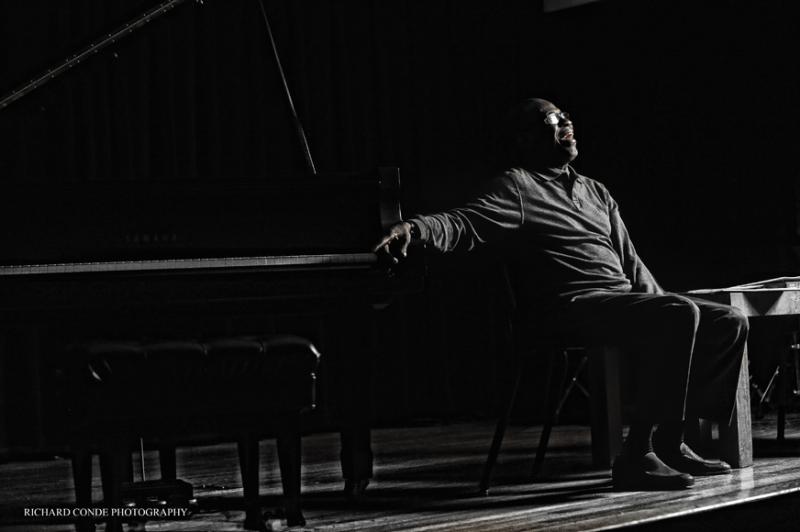 GC: I was on dialysis for about five years, which of course made traveling a little more difficult. I was on hemodialysis, so I had to be on the machine four hours each of three days a week. But you do what you have to do, but then I had a kidney and a liver transplant.

AAJ: Were the two transplants done together?

GC: Yes. It's like when those utility guys come out on the street to fix the electric or gas lines underground. They open up the street, and close it up, and then another crew comes in and does the same thing! So the liver team comes in, they do their work, they close you up, and then the kidney people are right behind them! I had it done at Mt. Sinai Hospital in New York. The first was in 2007 and then in 2008 they replaced the first kidney transplant. I can't get over how well the new kidney has worked, and in my last tests, everything was perfect!

Not too long ago, I went to the 20th anniversary of the Mt. Sinai liver transplant unit, and I was so impressed with the progress they've made in that field. And they have to deal with the fine line between medical care and experimentation. There are many risks involved. The dedication. So many critical decisions to make. And when I was there, they really took great care of me.

AAJ: Were any of the medical staff into jazz?

GC: Yes, a few of them were, and one in particular was into piano music.

AAJ: Jazz is about the story of our lives. And Coltrane famously said, "Music is my spirit." Having lived life fully, and with all the experiences and issues you've had, and all the remarkable people you've met, do you have any over-riding perspective on life?

GC: I'm just really amazed at all the wonderful things that have happened in my life. I try to take things as they come and just try to be the best person that I can be, and just do what I'm supposed to do now. You know, you have times in your life when you kind of screw around, but at this time in my life, I just try to take things as they come. There are things that I just can't define, but they're there, and I just try to go with them. I don't understand everything, but I just try to be positive. The spirit is in everything. Life is all around us, and you just try to be in tune with everything. Basically, I just try to be in tune with what happens, and music is a great part of that. Music is how I express myself and whatever it is I have in me. I'm not arrogant enough to say, "I know this is what it's all about." Life is a wonder, and I'm a small part of that, and I'm just trying to be whatever I can be.

AAJ: Being in the now, in the zone, in the spirit, in the wonder. It's like being in a great jazz group!

GC: Right! Exactly! I've had wonderful friends. I've been blessed by being close to some of the greatest musicians in the world. Still, sometimes, when I think about it, I wanna say, "Why me? Why did this happen?" But I never take my blessings for granted.