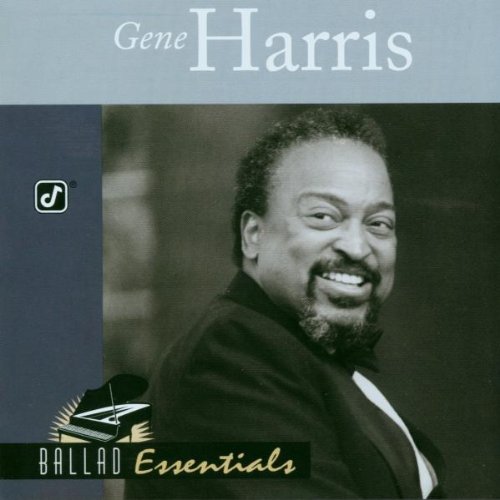 Gene Harris had no peer as a blues pianist. Just as Fred Hersch is the king of ballads, Harris was the king of the blues. But let’s consider his ballad prowess: he recorded many, and some of his best are collected on Concord Jazz’s newest addition to the Ballad Essentials series.

Harris manages to infuse all of his ballad performances with enough blue notes to endow the pieces with his unmistakable personality. That is not such a challenge with pieces like "Nobody Knows When You're Down and Out" while "When You Wish Upon a Star" might be a bit tricky in less talented hands. But his are not less talented hands. Mr. Harris has recorded copiously for Concord Jazz, providing a large library of songs from which to choose. His performance with Scott Hamilton on "At Last" is telepathic and with Brother Jack McDuff on "You Don’t Know What Love Is" Harris meets a blues soulmate.

But, in the end, it is all Gene Harris. Mr. Harris remains one of the most accessible jazz pianists ever; and we, the listeners, are fortunate that he has left such a broad recorded legacy for us to enjoy. Ballad Essentials is a sensitively assembled collection revealing an under-appreciated site of Gene Harris.

Sweet And Lovely; Nobody Knows When You