By ADRIANA CARCU
August 10, 2012
Sign in to view read count
The Eugen Gondi Trio—drummer Eugen Gondi, saxophonist Catalin Milea and double bassist Bambass—opened the final day of the festival with a set of remarkable instrumental presence. The saxophonist's complex phrasing was accompanied by the robust, yet nuanced comment of the bass. The musical pulsation of the drums created an inner balance that fueled the dynamics throughout the performance. Ballad sequences alternated with stormy atonalities, with the background becoming the middle point, with firm tones metamorphosing into graceful whirls. The perfectly balanced performance of the Dutch trio, led by legendary Romanian drummer Gondi, set the standard for jazz excellence.

Bugge Wesseltoft & Friends—pianist/keyboardist Bugge Wesseltoft, trumpeter Erik Truffaz, saxophonist Ilhan Ersahin,beats/percussionist Joaqin Claussell and a percussion group—came next. The ever-versatile Wesseltoft demonstrated anew his refreshing openness and stylistic diversity by inviting his friends to join him in Garana. Perfectly attuned to the acoustic environment and to the audience—as through a miraculous audience-targeting—the international band gave a fulminating show mainly sustained by the rhythmic background of the percussion group, which also included a DJ. Wesseltoft's invitation to dance was followed by the audience, as the rhythm gained presence and became the dominant component. Sophisticated interventions by the piano alternated with lyrical passages, the masculine tone of the saxophone in dialogue with Truffaz's firm serenity, grafting themselves on the pulsing background without diminishing their impact and fluency. The show closed in a dancing frenzy, charged by the wonderful Garana audience. 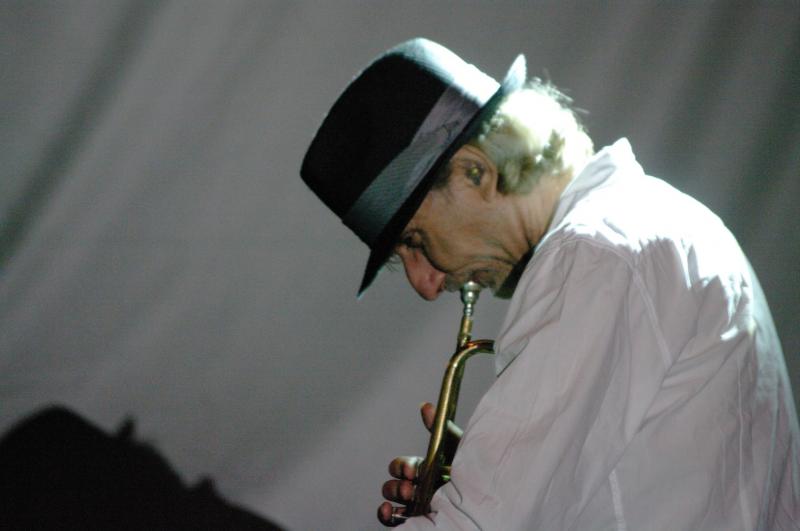 Carlos Bica and Azul—bassist Carlos Bica, electric guitarist Frank Möbus , and drummer/percussionist Jim Black—were the greatest surprise of the festival. Combining a Latin melodicisms with well-placed jazz elements, the Portuguese bassist's trio gave a dense, lively performance, from the ascending rhythms of "Believer" to the stimulating interaction with strong rock accents in "Horses." The compactly interwoven sonic lines and the melodic flow, backed by a humorous tone in "It's a Big, Big World" and "Tea for Two," brought in a remarkable expressiveness, doubled by a refined sense of nuance.

Marc Ribot y Los Cubanos Postizos —guitarist/vocalist Marc Ribot, keyboardist Anthony Coleman, bassist/vocalist Brad Jones, percussionist/vocalist EJ Rodriguez and drummer Horacio "El Negro" Hernandez—closed the festival. The joy experienced by Ribot each time he plays with the Cuban band Los Cubanos Postizos did not fail to affect the audience—which, following his invitation ("don't listen to the music; dance! Just dance!"), did not resist the impulse to dance for the second time in the same evening. The gentle tone of Ribot's guitar, like a tender breeze, led a performance with a pronounced Caribbean note on rhythms of salsa and meringue, as alert passages alternated with inspired instrumental intercessions. With this performance, the Garana Jazz Festival closed on a general tone of cheerfulness, as if to highlight the overall unmatched success of this year's edition.