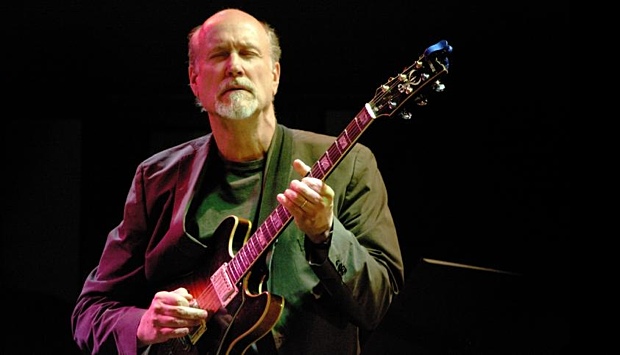 By ADRIANA CARCU
August 10, 2012
Sign in to view read count
Garana Jazz Festival
Garana, Romania
July 12-15, 2012
The 16th edition of the Garana open-air Jazz Festival gathered over 5,000 jazz lovers in a glade called the Wolf's Clearing, in the southern Carpathians. The weather conditions were excellent—a factor that should not be taken for granted; in Garana, it has rained during each of the last 11 editions. The lineup, expertly selected, brought over 50 musicians with a wide diversity of gender and style in front of an enthusiastic audience. Each of the four days brought a good mixture of classic jazz, represented by guitarist John Scofield and bassist Dave Holland, and Brit Jazz from Portico Quartet, mingled with a good portion of Nordic Jazz performed by pianists Tord Gustavsen and Bugge Wesseltoft , saxophonist Trygve Seim, and Nils Petter Molvaer.

The festival was opened by Iordache—a Romanian septet with saxophonist Mihai Iordache, trumpeters Sebastian Burneci and Florian Radu, guitarist/keyboardist Toni Kuehn, guitarist Dan Alex Mitrofan, double bassist Utu Pascu and drummer Tavi Scurtu. The set developed to a compact crescendo, optimally sustained by the attacks of the brass section. The dynamics were fueled by the melodic peaks of the guitar and the bass/drums section. A fine rhythmic balance marked a transition from the stern meter of "Triange" to the funky beat of "One Life Left" and "Recycle," where the firm tone of Iordache's saxophone reached minutely chiseled gracefulness.

John Scofield's Hollowbody Band—which featured, along with Scofield, fellow guitarist Kurt Rosenwinkel, bassist Ben Street and drummer Bill Stewart—opened the series of legendary musicians performing at this year's festival with a show of astounding fluidity. Like everything well done, the performance of these exceptional musicians impressed through their ease and fluency, the whole set suggesting the well-oiled cogs of a complex musical gear. The almost organic interaction of the instruments created an ardent dynamic background excellently sustained by the polyphonic harmony. This feeling of musical comfort was augmented by the liquid tones from Scofield's guitar—which, in perfect conjunction with counterpart Rosenwinkel, drove the performance through stimulating, reflective and even humorous contexts. Scofield's solos, perfectly sustained by the rhythm section, attained the purity of a sonata. Adrian Gaspar Trio—pianist Adrian C. Gaspar, bassist Benjamin Labschuetz and drummer Moritz Labschuetz—marked the first surprise of the festival. The Romanian pianist, who lives in Austria, delivered, together with his band mates, a solid performance with a vital, but nonetheless sensitive impact, combining harmonic successions typical for classic jazz with well-placed elements of pop fusion.

The second day opened with Mario & The Teachers, featuring drummer/percussionist Mario Florescu, keyboardist Radu Rotaru and flautist Corina Ardelean. The Romanian trio delivered a well-structured show sustained by a solid yet imaginative rhythmic structure. Ardelean largely carried the melody with the alertness and precision of a silver thread. The pieces, clearly structured on the Romanian heritage that streamed through the whole set like a current of harmonic energy, combined traditional elements with those of jazz and rock in well-balanced proportion. 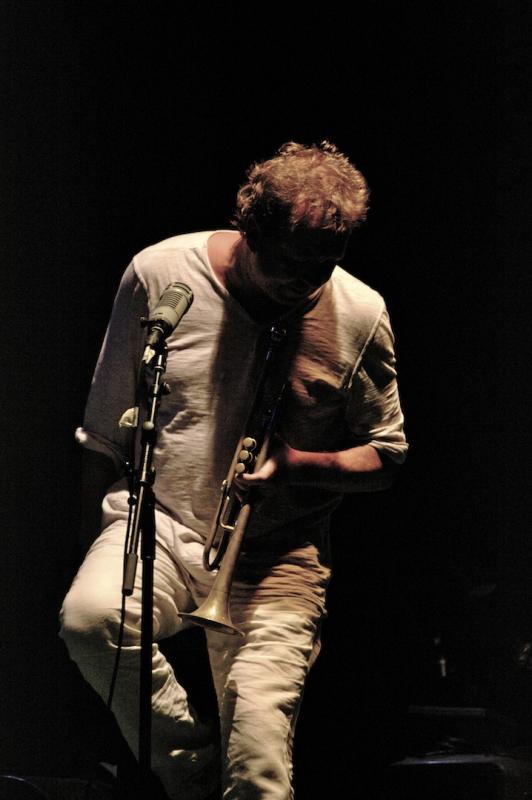 The Edgar Knecht Quartet followed, featuring pianist Edgar Knecht, bassist Rolf Denecke, and drummers/percussionists Stephan Emig and Tobias Schulte. Knecht possessed a charming presence, his candor and openness permeating the floating ease of his music. His ancestral heritage—the main source of inspiration for the German pianist and composer—was approached and processed with such creative finesse that the themes gained an autonomous harmonic and rhythmic structure, becoming compositions in their own right. What streamed through the process was the swinging along to the waltz, called schunkeln (practiced at German folk festivals as a sign of musical kinship)—a swinging to which the audience gave in, unawares. "Heises Kathreinle" and "Es war ein König in Tulla" enveloped the audience in a playful swirl of satin and lace, their rhythmic structures gradually taken over by a more abstract jazz formula. The inspired alternating of the percussionists underlined the roundness of the piano line, which was accompanied by stormy attacks of double bass, fading into a prolonged glissando in "Fenia's Lullaby."

Portico Quartet—saxophonist Jack Wyllie, drummer Duncan Bellamy, bassist Milo Fitzpatrick and hang player/percussionist Keir Vine—is the flagship of modern Brit Jazz, a genre coming up strongly in the European jazz landscape. Awaited with ardent anticipation, the quartet came, saw...but did not quite convince. The superb characteristic of Portico Quartet lies in the ineffable quality of its sound, obtained through exquisite processing along with the lightness of the hang, which lends a Caribbean touch to the music. Its music represents British club culture par excellence; with an average age that is hardly over 25, the group possesses an astounding intellectual quality, usually implying a cumulative musical experience of decades.

The group's sonic drive was profoundly elaborate, and seemed to be the result of a musical maturity that normally would take just as long. All of these qualities were somehow hardly discernable at the Garana festival. The electronic element was predominant, and the shortness and frugality of the set did not do justice to the real value this group is putting into the world of jazz. Due to the timbre processing, the performance acquired a pronounced interstellar quality with isolated melodic inserts—briefly emerging, only to disappear again into the primordial bubble. The urgency of the execution was reminiscent of wind gusts menacing the progress of Macbeth's forest. The reason for this remarkable quartet's atypical performance is unclear; until next time (which will be in autumn at Germany's Enjoy Jazz Festival), Portico Quartet can still be enjoyed via the three commercially available recordings released since 2007.

Brink Man Ship—featuring trumpeter Nils Petter Molvær, bass clarinetist Jan Galega Brönnimann, guitarist René Reimann, electric bassist Emanuel Schnyder and drummer Christoph Staudenmann, with everyone bringing electronics into the mix---was the second surprise of the festival; a group of young ambitious musicians who, by expertly combining direct sound with electronic processing, created an impetuous conglomerate defined as post modern urban jazz. Molvær's involvement in this project proved—as if proof were still necessary—the exceptional openness of a musician who can integrate with natural ease into a large variety of soundscapes. The group's rhythmic juxtaposition created a spatiality that made the sonic territory accessible—engulfing, even; a realm where the melodic cadences of the bass clarinet, alertly sustained by the rhythm section, built a pulsating background. Molvær's ethereal interventions lent the performance a profound, dreamlike quality. The sound of the trumpet coagulated into a sonic substance with an immediate impact: sounds generated image, image became movement. The trip began. 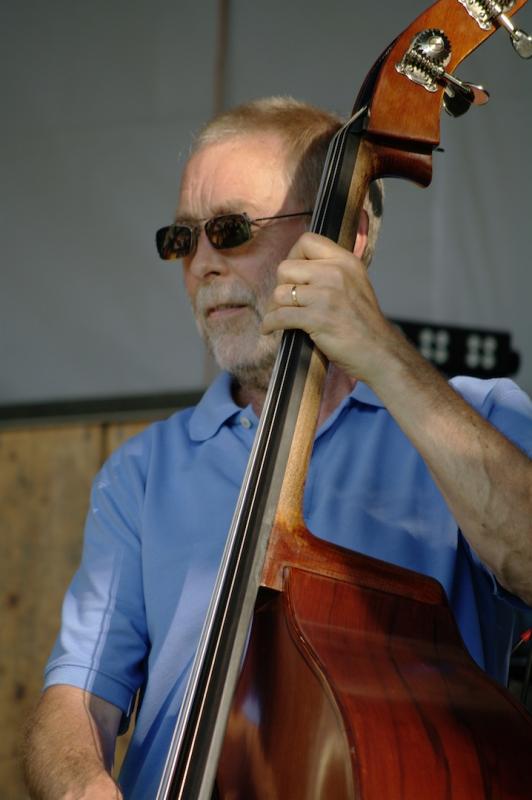 Dave Holland's Prism—along with the veteran bassist, featuring Fender Rhodes pianist Craig Taborn, guitarist Kevin Eubanks and drummer Eric Harland---started the third day with a performance of symphonic complexity. Elements of jazz fused with rock phrasing in a harmonic succession with narrative structures—a story unfolding through the asynchronous mechanisms of the drums, by the fluid touch of the bass chords, and through the ballad-like lyricism of the guitar.

The balance emerged, in Eubanks' "Evolution," in a fine-tuned progression from the geometrical structures on Taborn's keys, the long strokes of the bow on Holland's double-bass, and from the slaps on Eubanks' guitar chords, all sustained by the rainy sound of Harland's cymbals. The double bass marked the funk accents while the guitar transformed rhythm into sound. With compact passages, the drums commented on the transition to solo parts with almost classical virtuosity.

The tones weaved in a compact harmonization, and from the perfect polyphony the theme arose, anew. "The Empty Chair" started with a bass solo where the fluidity of the chord nips created a legato, rather specific to the strokes of the bow. The theme was taken over by guitar, becoming amplified by long accents. The dialogue became a common territory where jazz met the blues and where the soundscape acquired a new quality, surpassing the sum of all components—the rare quality only titans have, to set off the profound inner balance called jazz.

In a formula continuing the good old tradition of guitarist Django Reinhardt, Emi Drăgoi & Jazz Hot Club De Roumanie—accordionist Emi Dragoi, guitarist Alex Man, guitar, drummer Laurentiu Zmau and bassist Adi Flautistu—brought a touch of freshness to the festival scene; a wind of joyfulness, matching perfectly the festive atmosphere of the evening. Beyond the rhythmic accents of the guitar, the musicians gave a compact performance full of vitality. 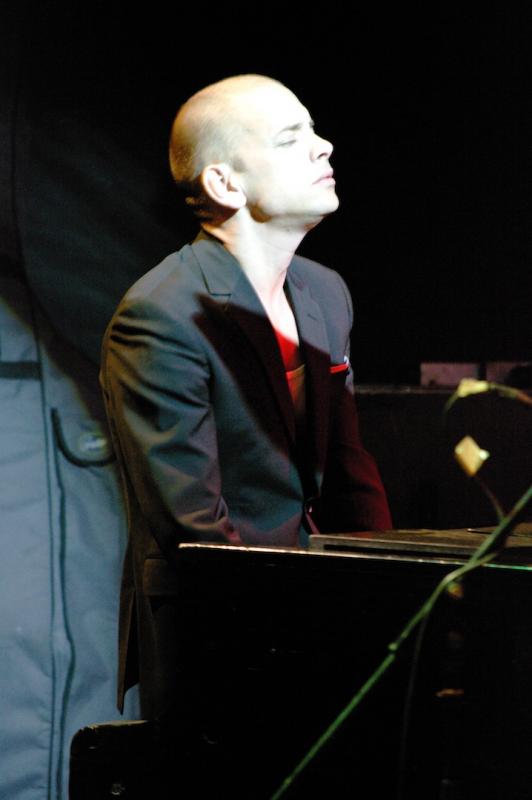 Tord Gustavsen Quartet came next, featuring pianist Gustavsen, saxophonist Tore Brunborg, bassist Mats Eilertsen and drummer Jarle Vespestad. Talking about his own music in a recent interview Tord Gustavsen confessed: "It is generally about the richness of what is seemingly a kind of simplicity. To filter things through a channel of very simplified childlike themes and open up the inherent complexity and richness found there, instead of trying to play everything you can and show off everything you know." This is the basis of the musical acts brought to world by Gustavsen and his band. Due to the acoustic peculiarities of an open-air concert, the concert in Garana had an increased degree of external intensity, as compared to those held in a closed space, preserving nevertheless its elegance and inner reflection. The set opened with a piece inspired by Nordic folklore, the melodic suggestiveness creating a natural scenery that seemed to descend from the high North in order to embrace the public in the Wolf's Clearing. In "Still There," Gustavsen's sensitivity and outstanding musicality coagulated into an incantation with hymn-like accents. The piece did not fail to induce the state of grace required, in that the true dimension of his music be perceived—that peculiar state of introspection and deep spirituality which delights, and brings comfort and support.

Kuara—Molvær and Eirletsen, along with drummer/percussionist Markku Ounaskari, pianist Samuli Mikkonen, and saxophonist Trygve Seim—closed the day with a unique musical experience. The original trio invited their friends to join the show for a jam session in the best jazz tradition. The musicians came together on common ground—that of their Nordic heritage and music which crossed borders and reconciled extremes. The piano, saxophone and trumpet—united in ancient whispers marked by passages of silence—reached that ineffable quality which, again, made any endeavors to describe music in words seem futile. The Finnish song "Tuuin, Tuuin" became the thematic nucleus of an exceptional performance. Seim reached into the depths of the ancestral harmonies with tones that seemed to tear the fabric of time. The classical accents of the piano were permeated by Molvær's trumpet, like lightning coming from a different story, told in a celestial chamber. Piano, trumpet and drums took over the theme in a calm inner combustion. The musicians gave a performance like a yarn that was being told anew, always to be heard for the first time.