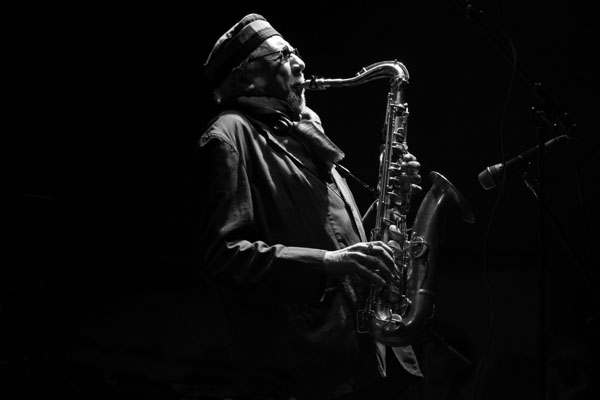 For four days each summer, a village in the Western Carpathians becomes the Mecca for the Romanian jazz fans, and an ever-growing number of Europeans. For the 17th time the Bohemian colony Garana (Wolfsberg is its German name) has hosted an event of growing importance in the European jazz landscape. Each year thousands of music lovers take the paths of the mountain to gather at the Wolf's Meadow, some 3,300 ft. high, to join a celebration of remarkable uniqueness. For the fans and musicians alike, the fast-changing mountain climate and chilly nights are just the touchstones marking the worthy. This year the festival featured an illustrious lineup, bringing together long- accomplished masters of the genre like Charles Lloyd, Bill Frisell and John Surman, and musicians of excellence: Zakir Hussain, Eric Harland, Arild Andersen, Paolo Vinaccia, Bugge Wesseltoft and Magnus Ostrom. The strong new generation of musicians like Pawel Kaczmarczyk and In The Country were well represented, together with a well assorted lineup of Romanian artists, among whom were vocalist Luiza Zan and saxophonist Nicolas Simion. 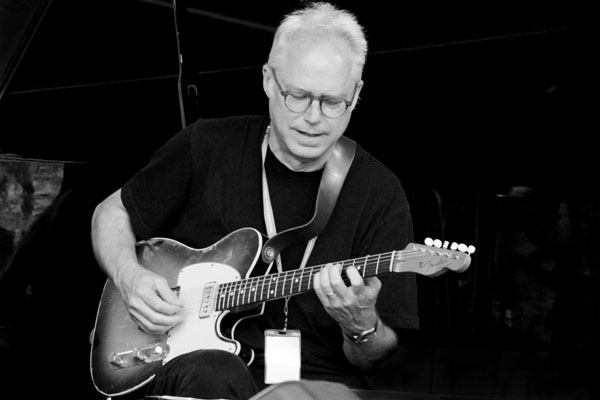 The delicate guitar chords followed the generous unfolding of a waltz led by fine drum work, creating an airy atmosphere of floating daffodils. On "The Animals," the string section, in a compound of atonalities that ended in a pulsing harmony, paced up with the country touches of "Somewhere," just to decompose into sonic particles which gathered into a new cadence. The delicate tones of the guitar dominated the fine thread of the performance in a quiet progression, resulting in a dense polyphonic conglomerate that wrapped around it. The jovial dialogue between the string section and the guitar ebbed into atonal meanderings brought back to the riverbed by the strong drum accents. The guitar chords diminished like the crystal waters condensing into the low mists that bathed the Garana hills. 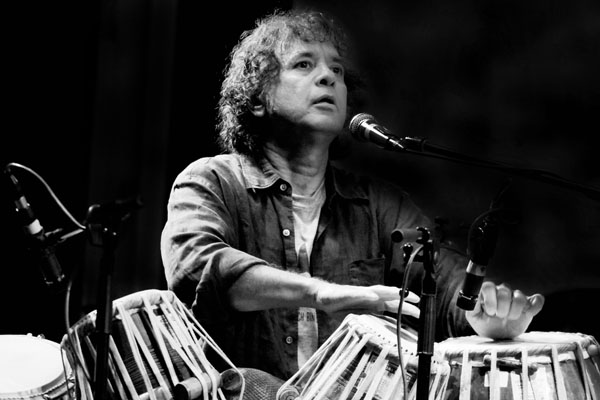 Lloyd's flute arabesques that were embedded into the intricate tabla work, reaching at times the coherence of a continuous sound, became a floating aria of oriental hues. Lloyd's overwhelming power of expression was masterfully enhanced by the artist's keen sense of nuancing, while his drum work and piano adagios, counterbalanced by the archaic rhythmical platform, created a sonic universe in which worlds of music melted only to be created again. Hussain's performance was balanced by an alternation of depths and heights, which gave the show a tri-dimensional quality.

The Percussion Ensemble Prezent, with its leader—Romanian drummer/percussionist Mario Florescu, brought a jubilant tone of freshness to the festival. The group, made up of his eight students playing percussion, vibraphone and keyboards, engaged in a steady groove, marked by concentrated solos. Florescu's performance on percussion developed gradually into a ramified rhythmic corolla augmented by his perfect dosages of pauses.

Another Romanian band, Irina Popa & the Sinners—Irina Popa, vocals; Cornel Cristei, keys; Iulian Vrabete, bass; Relu Bitulescu, drums—opened the second day of the festival with a balanced performance. Popa's voice, preserving reminiscent pop inflections, brought in the right amount of nuancing and roundness to keep the dice rolling. A vibrant ''My Funny Valentine" marked the peak of the performance.

The Arild Andersen Trio—Norway's Arild Andersen, double bass; Scotland's Tommy Smith, saxophone; and Italian expat/Norwegian- resident Paolo Vinaccia, drums—provided a highly synergistic performance with a perfect fusing of tone and pace. Andersen, playing on a borrowed instrument (his Vector double bass got damage during the travel), brought the firm, melodic smoothness of his hands to a perpetual dialogue, telling a story of their own, counterbalanced by the dense texture of the saxophone tones and enhanced by the drum architecture. 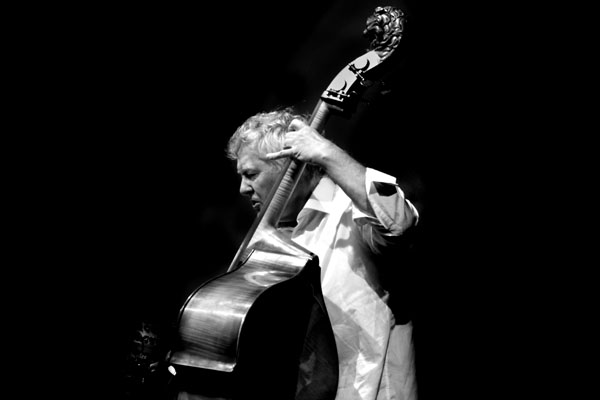 In "Reparate," VInaccia sampled in the bluish hues of the Nordic hills on the tender touches of cymbals. Smith's strong phrasing added the green touch, while the bass, mirrored by the smooth progression of the cymbals, carried the story into the distant mists again. "Mira" engulfed the audience in velvety whirls of dreaming. "Dreamhouse" closed the performance with vibrant tones of nostalgia. 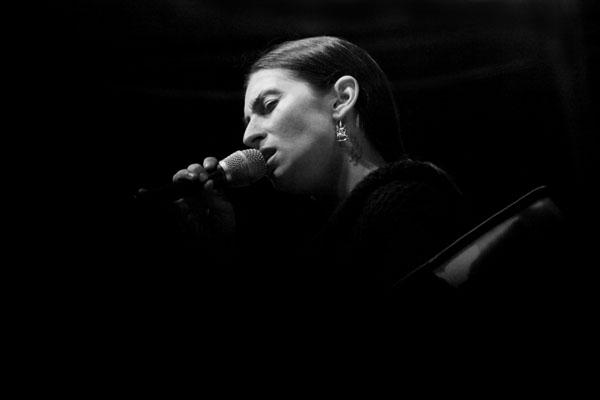 Zan's warm and vibrant performance brought in the right amount of playfulness to make it light and easygoing. The rhythm section picked up the mood by providing a solid platform for improvisation and a mutually inspiring dialogue.

The Israeli Peter Wertheimer Quartet—Peter Wertheimer, saxophones; Nachum Pereferkovich, piano; Guy Ben Barak, drums; Edmond Gilmore, bass— performed a solid, exact jazz session with melodic bass successions complemented by stormy attacks on the snare drum. The saxophone's narrative thread took sudden plunges into the abstract, generating a sweeping drive in conjunction with the dialogue of the rhythm section, in which the piano breaks of tonality complemented the bass chord taps to culminate in a honest drive. 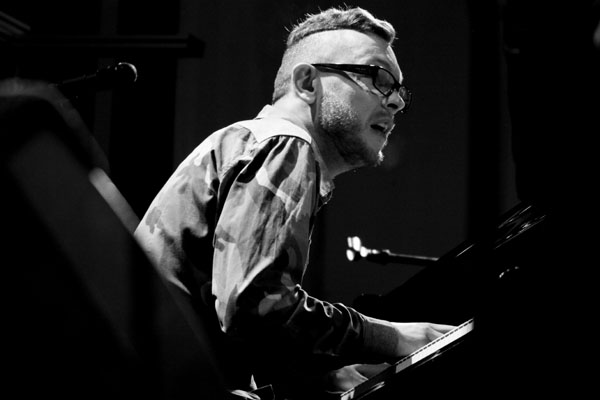 The concert in Garana started with a tall, clear sax voice with airy intervals, persuaded by the strong rhythm section to engage in a vibrant dialogue moving through the valleys and peaks of sound. The urgent cries of the sax mounted scaffolds of sound moving onto platforms of pure attacks on the note, where the inner dynamics were enhanced by the well-paced counterpoints. Abstract passages alternated with intense narrative gems where Kaczmarczyk's liquid tones on the piano, drawn from the harmonic depths, surfaced in floods of pure melody. The show went down like oil.

Bugge Wesseltoft's solo piano concert once again brought the Nordic spirit back to the middle of the Carpathians. In a more classical mood this time, the pianist's long breaths and keen adagios, pearly progressions and abrupt falls gave the performance a magical touch. Torrents of powerful attacks on the keys alternated with moments of pensive respite and large meditative indents, in which thoughts were free to wander, exploring each and every nook and hint of the soundscape or just letting go to start a trip of self-exploration. The pianist's perfect sense of timing and the natural chromatic progressions made the recital a celebration of pure sound.

Also from Norway, In The Country—Morten Qvenild, piano; Roger Arntzen, double bass; Pal Hausken, drums—was the killer show of this year's Garana festival. The most praised quality of good music—being able to transport an audience to realms of thought and perception—was accomplished to such an extent that during the show little was left to note or remember of the technical execution. The set started with an atonal piano cadence in counterpoint with the bass/drum section, and by the time the sounds dissipated in successive downpours, augmented by the heavy step on the bass drum, the trick was done. As the head note became lyrical, the chill of the mountain night vanished, leaving behind scattered leaves on a solitary country road, a blast of wind and a peal of thunder, followed by lights that gradually changed from red to white. When the deep texture of the piano track doubled in intensity and the high pitches were echoed by the bass, all these things became a whirl of sound and color that had, at its center, the music in one of its most accomplished forms.

The three young Romanians of JazzyBIT—Teodor Pop, piano, Hammond organ, synthesizer; Mihai Moldoveanu, bass; Szabo Csongor-Zsolt, drums, percussion—started the evening with an alert exchange of mixed beats followed by smooth glissandos on the Hammond that rendered the performance with an easygoing Caribbean flair. Some of the tracks belonged to the album Touch the Sky, to be released later in the year. Funk and blues rhythms treated in a jazzy manner gave the performance a smooth touch. 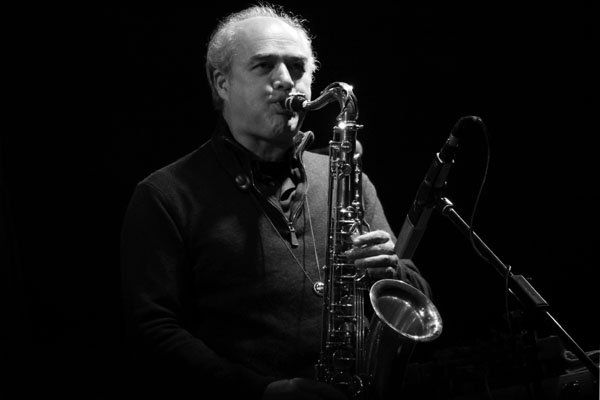 Simion's raw texture, drawn from Romanian folklore, grafted onto the supple rhythmical environment and gave the performance a harsh granulation, fueling the dynamics. The sharp edges and the unexpected turns of the saxophonist, sustained by smooth drum work and the guitar's firm yet melodious replicas complemented the soundscape, providing it with the necessary roundness.

Bugge Wesseltoft's Electric Trio came to Garana as a reduced formula of the Bugge and Friends show featured the previous year. Joined by saxophonist Ilhan Ersahin and percussionist Joe Claussell, Wesseltoft gave a nervous performance in an atonal progression of cries of dying birds, submerging ships, fireworks and air raids. 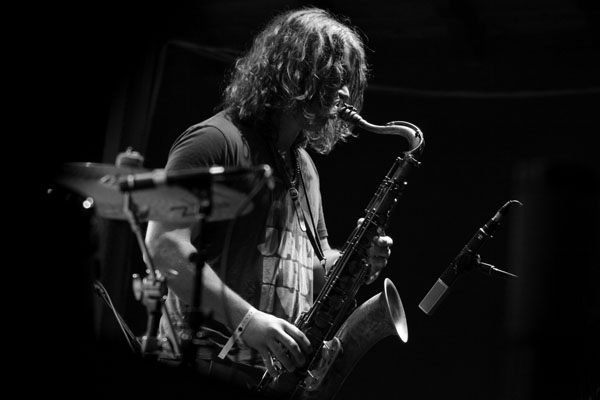 The sequential attacks of the sax fed the menacing tension, which coagulated into pure rhythm, to later become a piano sound once again. The alternating of moods, the change of keys from manual to electronic and back, interwoven with the sax tones of quiet searching, rose gradually into an electrifying groove. The trance-like rhythms gave way to harmonies of ethnic coloring and moved over to the vicinity of dubstep, fading away like ships leaving the harbor.

Swedish drummer/percussionist/vocalist Magnus Öström and his group—Thobias Gabrielson, bass, bass synthesizer; Andreas Hourdakis, acoustic and electric guitar, banjo; Daniel Karlsson, piano, keyboards—presented three tracks from its new album, Searching for Jupiter (ACT Music, 2013). "The Moon" and "Dancing at the Dutchtreat" mingled progressive elements with rock and electronic accents. The title track developed in a suite of rhythmical successions separated by sharp full stops, and propelled by the intricate rhythmical interferences. "Ballad for E" represented a suspended moment of sorrow, dedicated to the memory of the departed dreamer,pianist Esbjorn Svensson, while on "Through the Sun," the bass and drums marked the short touches of piano, joined by sensitive guitar modulations, mounting into a polyphonic pyramid of sound congruencies. The show closed with "Weight of Death," in long pensive tones, church bells and guitar hymns sustained by a fluid drum solo.