By KARL ACKERMANN
November 15, 2017
Sign in to view read count 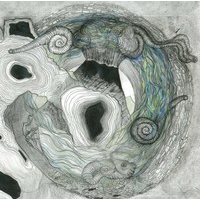 Places of worship are hardly new venues for jazz or other forms of non-sectarian music. As far back as 1927, Fats Waller had recorded two pipe organ solos in a church in Camden, New Jersey. Stan Getz and Charlie Byrd recorded Jazz Samba (Barclay-Verve, 1962) at the Washington, D.C. All Souls Church on the corner of 16th and Harvard streets. John Zorn stepped away from his alto saxophone for an entire series of "Hermetic Organ" recitals, recorded at St. Bartholomew's and St. Paul's Chapels in New York City and St. Paul's Hall, Huddersfield, UK. Matthias Mueller's recorded a solo album at St. Lambertus Church outside of Bremen, Germany. Kit Downes (organ) and saxophonist Tom Challenger's produced Wedding Music (Loop Records, 2013) at the same Huddersfield location used by Zorn. Irish multi-instrumentalist Àine O'Dwyer focused on the pipe organ for her superb solo recording Music for Church Cleaners Vol. I and II (Mie, 2015), recorded at St. Mark's Church, Islington—London. She follows up that enigmatic release with Gallarais, a multi-instrumental solo album.

O'Dwyer is primarily a harpist but here includes percussion, recorders, vocals and a bit of organ, though the ambient and ghostly quality of the music often obscures the individual characteristics of the instruments. Contributing to the overall quality and dynamics of the sound, is the location of the recording. The Isambard Kingdom Brunel's tunnel, a memorial chapel on the Dingle Peninsula in County Kerry, Ireland is situated fifty feet underground.

The ritual of the opening piece, "Underlight," utilizes a strummed and plucked harp that sounds both present and distant. "Cordophone" and "Grottovox" embody the black-hole presence of the tunnel through O'Dwyer's wordless vocalizing, set in an ambient soundscape while "Mouthtoum" features the penetrating bite of the recorder. More abstract are the pieces "Song of the Yahee People," "Hippos Kampos" and "Beansidhe." The album closes with the drone of overlapping vocal tracks and minimal percussion on "Hounds of Hades."

The consistent elements in Gallarais are its haunting atmosphere and the congenitally eerie effects of the physical setting. There is more texture in this album when compared to the organ drone of Music for Church Cleaners but both are immensely appealing in their own way. O'Dwyer's improvises these pieces in real time; they are experimental and not without an anomalous Celtic flavor just below the surface. Very different and consistently engrossing music.