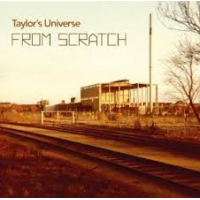 If nothing else, multi-instrumentalist, composer, and studio rat Robin Taylor is consistent. Stylistically, he's done it all. His recordings-all self-produced and issued on his own Marvel of Beauty imprint-over the past two decades encompass everything from ambient soundscapes to free improvisation to straight-up hard rock. The past decade or so finds Taylor working exclusively with what can be termed instrumental progressive rock. Sadly, this sort of pigeonholing glosses over the fact that there's a considerable amount of jazz-based improvisation in Taylor's music. One could say that his tunes are essentially platforms for the solo flights of some of Denmark's most remarkable improvisors; many of whom forged their own reputations in Denmark's fecund progressive rock scene during the 1970s. Saxophonist Karsten Vogel and guitarist Claus Bohling co-led Denmark's best-known jazz-rock band, Secret Oyster, and saxophonist Jakob Mygind (ss/ts) and drummer Klaus Thrane were members of Coma, another memorable Danish prog outfit. The chemistry between these long-time musical associates and choice newcomers, such as Minimoog slinger Thomas Ulstrup, is readily apparent on Taylor's latest creation, From Scratch.

While Taylor's previous two releases Evidence, and Worn Out (Marvel of Beauty, 2013) were comprised of long pieces with extended solos that seemed to emphasize the jazz-rock aspects of his music, From Scratch mixes things up a bit, featuring shorter pieces and varied instrumentation. Clocking in at just under three minutes, "Laura's Lullaby" is a pastoral gem with the always-substantial Vogel soloing eloquently over wordless female vocals (shades of The Northettes) and sweetly resigned piano chords. A multi-tracked duet with Bohling (who does some truly amazing things with his six-string) the atmospheric "Autumn River" is cinematic in scale, as if Jeff Beck was crafting a soundtrack to the Hollywood version of your daydreams.

The remainder of the album consists of Taylor's characteristically dark, episodic, riff-based tunes. "Beta X" briefly journeys into the weird as Taylor weaves an electronic spell around Thrane's motoric drum figure and a dourly repetitive Hammond riff. Somehow this leads into a brief free improvised exchange between Vogel and Ulstrup before giving the young Moog specialist a chance to strut his stuff over a variation of the opening riff. "Balcony People" juxtaposes oddball drones and samples with Taylor's trademark ultra- heavy prog stomp. With its opening drum solo and random guitar sounds over a suspended minor chord, "Interrail" hearkens back to Taylor's free improvising days. The tune develops into one of Taylor's more evocative pieces, with wordless vocals carrying the melody as Vogel, Ulstrup and Taylor solo in and around the swirling keys and pounding multi-tracked drums.

With From Scratch, Robin Taylor's ability to conjure images with sounds continues to impress, as do the spontaneous creations of his comrades, Ulstrup, Vogel, and Bohling.