Shirley: From a Bright Clearing

By FLORENCE WETZEL
May 9, 2012
Sign in to view read count 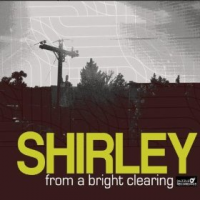 It's hard to pinpoint the exact moment when "fusion" became a dirty word in jazz, but it definitely occurred sometime in the 1980s. Although fusion had been embraced by many musicians and fans, there was suddenly an overriding philosophy that "real" jazz did not incorporate electric instruments or electronics. This idea has lost currency over the decades, and there's a new crop of musicians who do not labor under this invisible rule. These folks are picking up where fusion forefathers such as trumpeter Miles Davis and keyboardist Joe Zawinul left off, with the added wild card of 21st-century computer technology.

An exciting example of this new wave of fusion can be found on From a Bright Clearing, the debut from Denver-based group Shirley. The first tune, trumpeter Dizzy Gillespie's "Con Alma," shows exactly what this group can do. The piece starts off as traditional jazz song, with a strong melodic statement by the superb front line of trumpeter John Lake and saxophonist Serafin Sanchez. Then things take a surprising turn: instead of offering a series of solos, the music turns into an electronic soundscape, with Lake and Sanchez gliding over sonic squiggles and outer-space effects. It's a nod to Miles Davis' groundbreaking discovery that he could float his trumpet above ambient backgrounds, a technique he employed on albums such as Bitches Brew (Columbia, 1970). After the atmospheric interlude, the group moves back into the melody, a transition that's both seamless and tasteful. "Con Alma" is a perfect gem of a song, a beautiful example of fusion that respects the old and incorporates the new; kudos to the group's excellent drummer Ed Breazeale, who supplied the arrangement for this piece.

Other highlights include an interpretation of Soundgarden's "4th of July," with another imaginative arrangement by Breazeale: Lake and Sanchez dig deep into the haunting melody, and there's a fine solo by keyboardist Andrew Moorhead, who has a gift for creating extraterrestrial sounds. Lake's "Mixing Signals" is a pretty, poignant melody that contains a great electric bass solo by Paul McDaniel, who incorporates a rock feel while the front line restates the melody behind him. There's also Lake's "Lifestyle Electric," which features electronically amplified spoken word, using the virtues of technology to meditate upon the dangers of technology and the modern lifestyle. The other songs on the CD are likewise compelling, with equally innovative arrangements and exquisitely integrated electronics.

Traditional jazz played with energy and heart will always have an important place in American music; the older forms have a special beauty that's simply irreplaceable. Yet as technology develops and the parameters of music expand, it's perfectly natural to combine jazz and electronics. These days the word "fusion" signals adventure and opportunity, and it's heartening to hear groups like Shirley embrace this form of jazz and execute it so beautifully.