By JAKOB BAEKGAARD
October 29, 2015
Sign in to view read count 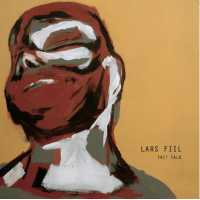 All musicians work with sound, but their approaches are different. To some, it starts with a melody, to others it begins with a groove and then there are those who are simply interested in sound.

Danish pianist Lars Fiil, who has previously based his compositions around melodies and grooves, is starting to move in a direction where he has become more of a sound explorer. Fortunately, he has not shunned the idea of rhythm and melody completely. Instead, he tries to push the boundary of what music can be.

Back in 2011, Lars Fiil released Reconsideration. It was an album that immediately showed Fiil's knack for creating inviting melodies and complex grooves. At that time, he played with bassist Jens Mikkel Madsen, drummer Andreas Skamby and saxophonist Lis Kruse.

Kruse is still with him on his second album Frit Fald where the group is reduced to a trio. Her breathy and sensitive playing bridges the gap between the two constellations. On the opener, "Frit Fald," she carefully shapes a fragile melody between Fiil's dark chords that gradually turn into crystalline intervals with drummer Bjørn Heebøl's rustling rhythms in the background. His beats get more insistent on "Jeg Er Sådan Er Jeg" where he plays a percussive pattern while Kruse opens with a fanfare with a slightly gruff tone.

Throughout the album, the three musicians listen closely to each other. They create an abstract kind of chamber music where every nuance of the instrument is explored in carefully crafted sound poems. It is a bold direction Lars Fiil has taken with Frit Fald where he balances on the edge of form while still retaining a clear sense of musical purpose. This is music that whispers in the wilderness without getting lost.