Fred Hersch's Leaves Of Grass at Jazz at Lincoln Center 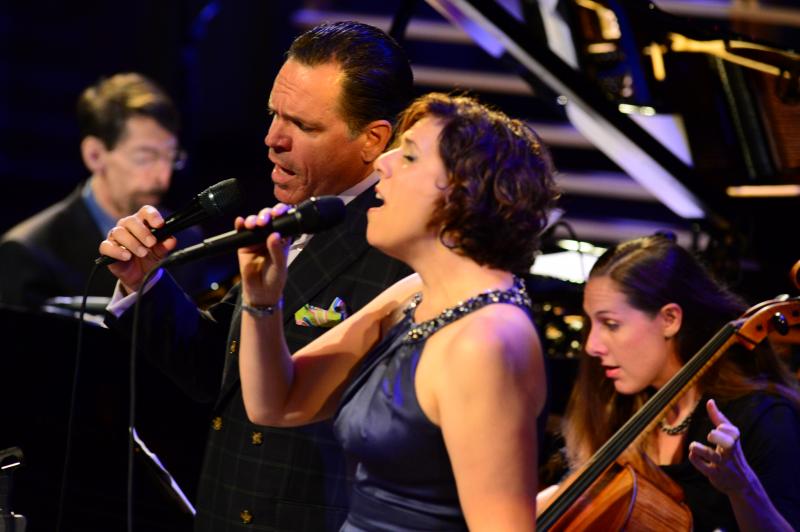 Walt Whitman's Leaves Of Grass may be the ultimate contemplation on man's commonalities and singularities, underscoring what binds all of humanity and what distinguishes each of us as individuals. And so it's only fitting that Fred Hersch's celebrated musical meditation on the magisterial bard's magnum opus should not only explore said theme, but also amplify it, speaking to the universal in song while highlighting what makes each and every person unique in their very being.

The thematic and poetic umbrella covering Hersch's most ambitious work addresses that line of Whitman's thinking, but so, too, does each riveting moment within the greater whole. Those already familiar with this piece, either from one of a scant few live performances that took place between its 2003 premiere and the present or through the 2005 Palmetto album vividly documenting it in perpetuity, probably knew that coming into this concert, the first of four spread out over two nights. But the uninitiated were likely unprepared for the macro-and micro-level spirit of inclusive beauty endemic to this long-form composition.

Before the concert began, Hersch made certain to pave the way for success in continuity by asking the audience to hold applause typically given out at the conclusion of solos so that the seventy minutes of music could play out as it was meant to, in "one unified dramatic arc." That request was granted without issue and the performance was as close to perfect as things get. While it's one thing to marvel at this music on an album made in a studio which allows for a degree of safety and privacy in the creative process, it's something entirely different—and greater—to see and hear it unfold without pause on a stage. From the opening groove work of "A Riddle Song (Overture)" on through till the end, everything just clicked.

Star vocalists Kate McGarry and Kurt Elling, sharing top billing with Hersch, brilliantly reprised their respective roles from the album and the live performances of this masterwork, tapping into a deep emotional well as only they can. "Song Of The Universal" gave McGarry a chance to shine as she sang to ties that bind through bittersweet tidings and tones, and Elling brought his signature blend of sincerity and sophistication to the fore as he carried the proceedings along through the different parts, poems, and presentations of "Song Of Myself."

The octet on hand largely consisted of the same musicians appearing on the album version of the piece, with only bassist John Hébert, trumpeter Nadje Noordhuis, and cellist Jody Redhage filling vacated chairs. That level of personnel consistency ended up adding another dimension of solidity to this already airtight and artistically unassailable work. Hollenbeck's percussive particularities—a sprinkle of whistling and chiming fairy dust at the dreamy outro of "Song Of The Universal," a regal snare drum announcing Elling's arrival, deep-seated grooves of various shapes and colors—enhanced the moods of the night and steered the ship; saxophonist Tony Malaby and multi-reedist Bruce Williamson weaved, soared, and blended with eyes and ears focused on ensemble balance and personal expressivity; and Mike Christianson's trombone proved to be an indispensable voice, covering the low-middle ground with strength. The newcomers fit in just as well. Redhage painted her rich arco work into the picture with tenderness and class, Hébert provided firm-handed lines and locked perfectly with Hollenbeck, and Noordhuis, one of the most compelling voices to emerge on her instrument in recent years, captured the essence of "The Mystic Trumpeter."

Hersch was engaged throughout, weaving his piano into the mix with an expert touch and discerning taste, but his instrument was rarely the focal point. "At The Close Of The Day," presenting his pensive expressions in pure light, was the primary exception, and a gorgeous one at that. Elsewhere, Hersch typically did his part by acting as conductor and equal contributor within his own creation(s). But he did receive his due when his emotionally resonating take on Whitman's work came to a close. The concert's end was met with a standing ovation, and it was one that was most certainly deserved.