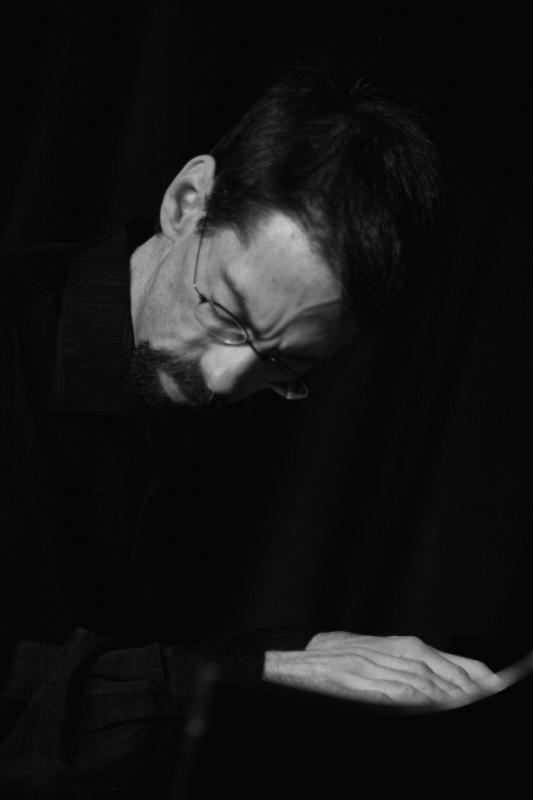 Fred Hersch is one of today's most prominent jazz pianists, extending the limits of the jazz idiom with rare finesse and a sense of meaning and implication in every note he plays. This was one of five consecutive evenings featuring Hersch at New York's Jazz Standard, each with different personnel—itself, a creative variance from traditional series, featuring the same group. On this and the next night, Hersch was complemented by bassist John Hébert and drummer Billy Drummond—his regular trio—along with Palmetto recording artist Noah Preminger on tenor saxophone and Ralph Alessi, a not infrequent partner, on trumpet and cornet. The set included several Hersch originals such as "Days Gone By," "Swamp Thing," and "Dream of Monk," but also included Wayne Shorter's "Fall" and Thelonious Monk's "I Mean You." While staying within straight-ahead parameters, the music extended well into the spaces evolved by Shorter, Monk, and late-'60s Miles Davis, with a foray into Ornette Coleman's free jazz harmolodics. The competence and resilience of the group merited its audience's enthusiastic response.

Hersch was the center of attention on his opening number, the balladic "Days Gone By." It was striking to watch and hear him playing in person. Unlike many pianists, who seem to grab and lurch at the piano, sometimes accompanying the keyboard with exotic grunts and moans, Hersch—quiet and contemplative from the outset—moved about the keys with Zen-like efficiency, as if the music was descending directly from his mind and heart into his instrument. There was no extraneous movement or gesturing. With a Steinway baby grand at his disposal, he was able to articulate modalities ranging from Bill Evans' impressionism to Oscar Peterson's lively "chat," with perhaps a measure of Cecil Taylor to spice up the mix.

On "Swamp Thang," a sort of primal soup of harmonies and counterpoints, Alessi did some extraordinary changes, eliciting "ahs" and "wows" from the crowd. Preminger came on in a quieter manner, with reflective improvisations in softer tones. By the time the group got to "Fall" and "I Mean You," the feeling of intense, swinging ensemble playing emerged into a very sophisticated concatenation of genres, and their free jazz playing—which Hersch explicitly dedicated to Coleman—was remarkable in its accessibility. What Hersch himself was able to articulate here was nothing short of piano magic—his changes and punctuations something that any great concert pianist would envy. "I Mean You" became hot, with rich improv solos from each of the musicians, with Hebert and Drummond, in particular—staying largely in the background for most of the set—wailing on this tune.

The Jazz Standard, located on East 27th Street just off Park Avenue in Manhattan, is one of the best places anywhere to hear jazz in an intimate setting. The acoustics are excellent, as are the sight lines; there is enough space to avoid feeling crowded; the staff is affable and responsive; and the food is quite good, including Cayjun menu items like back ribs from the famed Blue Smoke restaurant upstairs. All taken together, this proved to be a great evening of jazz at the highest level.