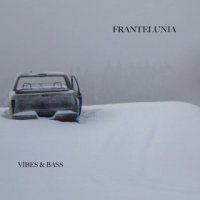 Other than vibraphonist Gary Burton's periodic duo collaborations with pianist Chick Corea, bassist Steve Swallow, and guitarist Ralph Towner, it's difficult to think of many examples of the vibraphones in a duo setting. Vibraphonist Walt Dickerson and pianist Sun Ra's overlooked album, Visions (Steeple Chase Records, 1978), is one exception, but they aren't too thick on the ground. Swelling the ranks is the Swedish duo of vibraphonist Anders Astrand and electric bassist Mikael Berglund. Frantelunia charts composed/improvised territory similar to that of the duo's debut, Seven Thoughts (MB Records, 2012), drawing inspiration from a variety of sources ranging from Nordic folk to blues, bop, funk and chamber music.

However, this is no stylistic mish-mash, as a lyrical bent unifies the nine originals like a current that ebbs and flows. Anders has composed music for ice instruments, and there's a certain glacial blues vein in some of the music, whose softer tones evoke enveloping whiteouts and pillowy snowdrifts and whose more angular manifestations conjure cathedral caves of ice stalactites. However, even on more somber tracks like "Frantelunia" and "To Brandon," gentle lyricism pervades Astrand and Berglund's gradually evolving dialog. The two have been playing together in various groups since the mid-1990s and as a duo since 2009; consequently there's an intuitive elasticity in their interplay where the lines of lead and counterpoint sometimes blur.

Berglund and Astrand's keen rhythmic compass and subtle percussion embellishments compensate for the absence of drums. "Entangled" is downright funky, with Berglund providing anchor and ballast as Astrand develops a scurrying solo. "Undercover" is cut from a similar cloth, with Astrand—on the more tropical-sounding marimba—and Berglund exploring parallel lines that simmer and groove in tandem. There's a chamber-like intimacy on the melodically pretty "Momentarily" and on the limber "Still Climbing," though any temptation to paint Vibes and Bass as a Nordic Modern Jazz Quartet is offset by the dominant contemporary veins in the compositions.

Yet, whilst the duo ply their distinctive course, there's no escaping the jazz heart of Astrand and Berglund's music, which borrows from post-bop as much as it does from Nordic folk melodies or baroque music. There's even a hint of a Latin influence on "For Now," an elegant Antonio Carlos Jobim-type ballad. At the mid-point the tune traverses vaguely abstract yet seductively lyrical terrain that recalls keyboardist Joe Zawinul's ever-green "In a Silent Way." Eventually, the rhythmic sway and melodic contours come into sharp focus once more as the duo returns to the opening motif; this variation in tempo and tone is characteristic of the music throughout Frantelunia. The medium-tempo ripples of "Karusell" have a modern, minimalist-school feel, though melodic development is still central. The skeletal arrangement of the slower "Green Still Blue" primarily promotes the lilting melody, with elbow room for some dancing duo improvisations where freedom and interdependence are but two sides of the same coin.

Whether exploring lyrical and gently emotive paths, or taking off on more flowing and animated flights, Astrand and Berglund are evidently highly attuned to each other's wavelengths on this quietly compelling, contemporary jazz work.