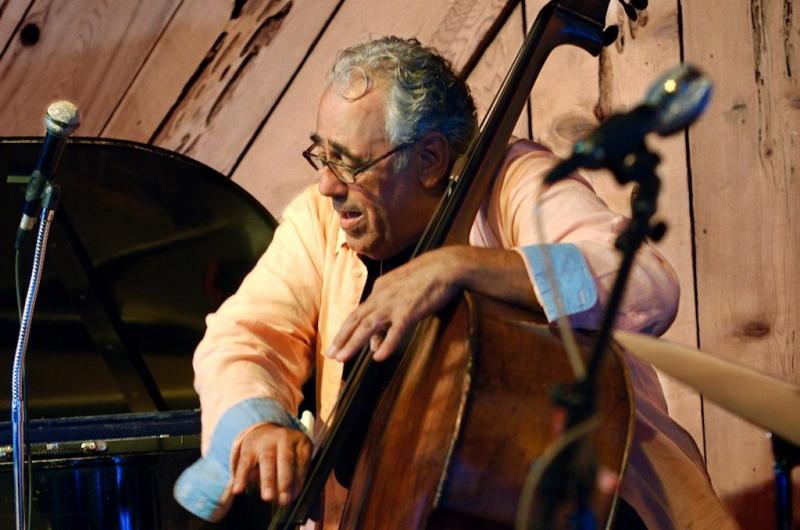 To honor the memory of the great vocalist and trumpet master Chet Baker, bassist Frank Tusa was inspired to create a concert based on the man and his music. Since Tusa had toured and recorded with Baker, it was natural that he be so inspired. As the tribute took shape, the only drummer right for this concert was San Francisco's own Vince Lateano, because he, too, had worked with Baker. Choosing the pianist was possibly the most difficult part of putting this together, because there are so many powerful and accomplished jazz pianists in and around the San Francisco Bay Area but when someone mentioned Keith Saunders, Tusa immediately agreed. Saunders welcomed the opportunity to join the quartet. He says of himself, "I'm a jazz pianist... a transplanted New Yorker and Los Angelino, and since 2010 I have resided in the Bay Area." The final question became who should play trumpet? It had to be someone who was inspired by Baker's horn, someone of high caliber who could do the job and do it with flare and eloquence. The clear choice was the great Bay Area master Warren Gale and, to quote Tusa, "Warren Gale is one of the best jazz trumpet players you'll ever hear."

Tusa was not only inspired to honor Baker's memory, but his choice of musicians also involved that inspiration and it certainly came through that afternoon at the Bach Dancing & Dynamite Society in Half Moon Bay California. The house was packed and, when the band took the stage, the audience gave a hearty welcome. The quartet kicked off with "For Miners Only"—a tune which, according to Tusa, Baker loved to play. Cool jazz never sounded as rich as when Gale ripped into the piece straight from the top, only to ease off for a break, and that's when Saunders stepped in with some hard hitting runs across the keyboard. Meanwhile, sitting in the background, Tusa plucked out some very fine strokes on his bass while, over on the drums, Lateano kept his cymbals sizzling as his toms knocked out the rhythm. By midway through the piece, Tusa was working hard on his bass, running up and down the strings, while Saunders injected a bar or two every so often until, as the tune headed for a wrap, the quartet let fly and the energy that washed through the Douglas Beach House was nearly palpable.

Tusa took a moment from the music to share some stories about Baker. While on tour in Germany, Tusa had met a journalist and they had planned to go out to dinner that night. Baker's room was just down the hall an,d when they left, they decided to invite Baker to come along. He did. When they wrapped up the dinner, Baker insisted that he pick up their tab. Tusa said, "Baker was a real gentleman." Elsewhere Tusa said, "Chet used to practice by putting a pillow over his trumpet to mute the sound." After playing a gig, if there happened to be any money left over which sometimes happened, instead of keeping it, Baker would split it up among members of the band.

Not only known for his unique style on trumpet, Baker was also an accomplished vocalist. One of the songs he loved to sing was John Klenner and Sam M. Lewis' "Just Friends." It's the rather sad song of a broken relationship, wherein the couple wants to remain just friends, but it's difficult. Playing bass and singing, Tusa's vibrant tenor did justice to the lyrics, delivering them clearly and with an undertone of passion. As Tusa sang scat Gale joined in, topping out on the higher notes with tight squeals that fit the piece perfectly. Behind Gale's trumpet, Saunders hammered it out on the keys and Lateano mixed it up on cymbals and snare.

The second set brought with it two guest artists: Tusa's grandson, 12 year old Danny Navarrety, who did a fine job with a bass saxophone on "Danny's Blues." Give this young man another ten years onstage and he will certainly make a mark for himself. Later in the set, Tusa introduced eighteen year-old tenor saxophonist, Jackson Burris. Except for a couple of places in "Conception," where he might have joined Gale and the two of them played a duet, Burris may find that there's little better in life than to playing sax with professionals such as those with whom he played at the Bach.

As the evening drew to a close with Dizzy Gillespie's powerful "Bebop," Gale took the lead, always blowing, careening through the notes, popping them out with the finesse of a master and even, sometimes, with Gillespie's signature puffy cheeks. Saunders rose to the occasion as the featured player and came through with beautiful, powerful, quick-fingered runs over the keys, hitting nice and smooth and putting forth his best while, over on the drums, Lateano hit hard and worked in his cymbals over the top. Within this musical flurry, Tusa took a bass solo, hitting on all strings, fluidly running the full neck of his instrument and giving the audience a master's work of art. Additionally, when Tusa was on, enjoying the piece 100% as he was with this tune, he had a wonderful smile that went right along with the music. Tusa and Lateano took the number out, ending it with some arco bass and Lateano, when stepped right in behind, wrapping it up smooth and easy.

With the final notes played, the audience rose to its feet and gave Tusa's quartet a rousing applause, peppered here and there with calls for more. Truly, this tribute to Chet Baker was a huge success, and if Baker had been there he well may have been awestruck by the performance of these four jazz masters.