By EDWARD BLANCO
October 8, 2011
Sign in to view read count 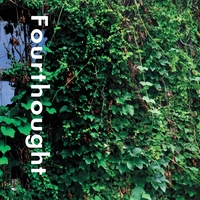 The self-titled debut of an exciting New York-based quartet led by saxophonist Nicholas Biello and drummer Manuel Weyand, Fourthought forges new ground on the landscape of modern post-bop, presenting six originals and one cover tune in new light. Both Biello and German-born Weyand are products of the renowned Manhattan School of Music and are supported by Buffalo, NY bassist Cameron Kayne and Singapore-born pianist Kerong Chok. Together, as Fourthought, they bring a brash new voice to New York's vibrant jazz scene.

Biello's torrid alto saxophone opens the set, scorching the hard-hitting, straight-ahead "Laurceny," dotted with Weyand's solos. The ensemble turns down the volume on the following "Rumi-Native," a delicate and sophisticated waltz highlighting intense play from Chok, with the co-leaders assuming a more supportive role. The familiar "Green Dolphin Street" takes some unfamiliar improvisational twists, adding something new to the oft-recorded standard. The saxophonist turns to the soprano voice on "Intercession," a long, mid-tempo ballad offering much solo space for the band members to express themselves.

Coming in hard and heavy for a funky landing, the "Arrival" comes as the album's most aggressive piece, featuring Chok on Fender Rhodes, accompanying Biello's firm alto phrases. From heavy to light and tender, the music shifts quite nicely on "A Change of Heart," as Weyand takes to the brushes, laying down a soft and cushy foundation for Biello and Chok, who play smoothly on the set's top-notch ballad. The intricate "Amethyst" is the disc's most ambitious new take, with Biello's soprano voice leading the group on a twelve-minute, modern-styled jazz improvisation, closing the set with a bang rather than a whisper.

Fourthought is a successful beginning, a debut that impresses with its glimpse of a new, cutting-edge modern jazz. This is modern post-bop material not left to chance or a hunch, but designed to be well-received by this talented quartet.