Four releases on Another Timbre from a "wonderfully fertile grey area"

By JOHN EYLES
April 25, 2019
Sign in to view read count
Just after he had launched his Another Timbre label, in late 2007, Simon Reynell said, "I've been a fan of contemporary music since my late teens. I first got into it through the classical end— Stockhausen, Nono, Berio, Cage—but soon discovered free improvisation. I was always more drawn to improvisation which, to my ears at least, connected more to contemporary classical music than free jazz. My interest in contemporary classical music has continued alongside my passion for improv, so I was very clear that I wanted Another Timbre to cover both areas. However, I soon discovered that most classical music is prohibitively expensive to bring to disc. So, whereas I'd really like a third of the releases to be classical, the reality will be a lot less."

Fast forward eleven years, and Reynell described Another Timbre's first releases of 2019 as, "Four new CDs, all occupying differing positions somewhere in that wonderfully fertile grey area between composition and improvisation." A glance at his label's catalogue reveals that Reynell's 2007 wish to cover both areas has been richly fulfilled but, because of that grey area, maybe not entirely in the way that he (or anyone else) foresaw. And, in those eleven years, the existence and growth of that grey area, as well as its wonderful fertility, have owed as much to Another Timbre as to any other label. Which brings us neatly to those four new CDs; none of them is completely composed or entirely improvised, all lie somewhere on the continuum in between. Welcome to the grey area... 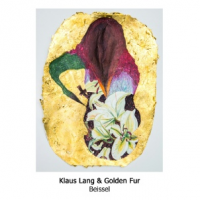 Since forming in 2008, the Australian chamber trio Golden Fur has moved to the USA, gained an international reputation and performed across the globe. The group members had followed the work of Austrian composer and organist Klaus Lang, in 2009 giving the Australian premiere of his "Der Weg Des Prinzen I" and also, individually or in other ensembles, playing much of his repertoire. Having always wanted to work with him as improvisers and interpreters, while in residence at Cité des Arts, Paris, in 2016, they contacted Lang and he invited them to stay with him in the Austrian Alps for a few days. After playing together each day, the idea for this Beissel piece slowly formed. Together, the four recorded it at the abbey St. Lambrecht in Styria, Austria, on July 9th 2016.

The title "Beissel" refers to Johan Conrad Beissel (1690-1768), a prolific German-born composer of hymns who moved to the USA in 1720 and in 1732 established a religious community in Pennsylvania. When Lang told Golden Fur the story of Beissel, to them it seemed natural to pick one of Beissel's hymns and use it as the basic scaffolding for a collective composition. They decided to record a version a little over forty-five-minutes long, that length being achieved by dilating (by a factor of twenty or thirty times) the time it would ordinarily take to play through the hymn. So, this recorded version is a twenty-first-century re-imagining of Beissel's music and working processes.

As can be heard on the YouTube extract below, that stretching-out process involved all four players holding sustained notes for considerable periods of time—not too difficult on instruments such as church organ, clarinet, cello, viola and harmonium—which occasionally gives "Beissel" the feel of a slowly-evolving drone piece. Although any resemblance to Beissel's original hymn is dissipated by the elongation, the harmonies of it remain intact and can be appreciated at length. The end-product is an uplifting and beguiling piece that is peppered with thrilling passages likely to set pulses racing. It does great credit to Golden Fur, Lang and Beissel, and makes a terrific advert for the fertility of the grey area. More, soon, please. 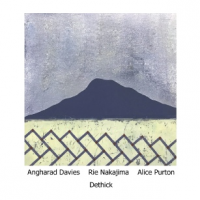 At first glance, Dethick seems to be the odd-one-out of these four albums, inasmuch as the other three each feature a single, extended composition whereas Dethick consists of ten shorter pieces ranging in length from just under one-and-a-half minutes to just over eight. These were developed over the course of two days recording, in August 2018, in the church in the tiny hamlet of Dethick, near Matlock, Derbyshire, the musicians involved being violinist Angharad Davies, cellist Alice Purton and Rie Nakajima on assorted sound-making objects which the Another Timbre site shows arrayed on the church floor. The word "developed" and the fact that two days produced forty-five minutes of recorded music indicate that this was no free improv session, but locate it in the grey area, with discussion and some planning shaping the music.

A series of tracks among the ten, namely "Wet Metal," "Next Wet Metal" & "Third Wet Metal," provide supporting evidence of planning and development. Centred around Nakajima's percussion, but not dominated by her, the three tracks are distinctly different but share a common pulse and energy which identify them as related; having heard the three sequentially, "Fourth Wet Metal" would be easy to spot, if and when it exists. Aside from this trilogy, there is a great deal else to savour on Dethick, not least another trilogy—"One," "Another One" & "And Another One"—which provide solo spotlights for Purton, Davies and Nakajima, respectively; as always, it is instructive to hear the members of a trio play separately, as a complement to the music of the three together, like seeing the pieces of a jigsaw before they are fitted together into one picture.

Despite this talk of trilogies, those six tracks are separately integrated into this album, along with four other stand-alone tracks which amply demonstrate the players' sensitive conversational skills as they interact with one another. With or without planning and development, we must hope to hear more of this trio. If the trio needs a name, Jigsaw would do nicely.... 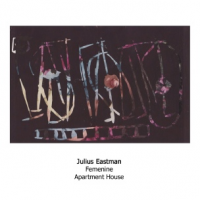 Some music ends up in the grey area as a result of positive decisions its composer or performers made, while other music ends up there for less creative reasons. An example of the latter category is the music of the US pianist, singer, dancer and composer Julius Eastman (1940-1990). During an eviction in the early eighties, the New York City Sheriff's Office impounded all of Eastman's music, art and other possessions from his apartment. Consequently, although over fifty Eastman works are known of, where scores existed, they could sometimes be fragmentary or incomplete. Thanks to the efforts of individuals such as composer Mary Jane Leach, that situation is being remedied, meaning that more recordings such as this one of Femenine will be possible.

"Femenine" itself is a 1974 Eastman composition, here performed by a seven-member Apartment House. The piece opens with the sound of sleigh bells which persists as a background throughout its sixth-seven minutes. They are soon joined by vibraphone which is also ever-present, repeating a short simple phrase throughout, which helps explain why some Eastman compositions have been labelled as postminimalist; devotees of minimalism will feel at home here. Over the top of the sleigh bells and vibraphone, short melodic phrases are added by piano, keyboard, violin, cello and flutes, blending together perfectly to create an enchanting piece. Contemporaries of Eastman who performed his music have said that his scores contained "skeletal versions of rhythmic-melodic figures to be expanded upon in performance" and that he "hoped to free the interpreters from the slavery of the written score." Yes, that does sound like the grey area.

Apartment House leader Anton Lukoszevieze has commented that Eastman's music "comes alive when performed with care and commitment, a lot of pieces are only as good as what the musicians put into them." This version of "Femenine" has certainly come alive, radiating unbounded joy and positivity. Highly recommended, whatever your taste in music. 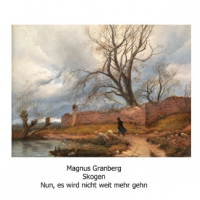 Among Another Timbre's many other notable achievements, championing Magnus Granberg and his ensemble Skogen must rank very highly. Nun, es wird nicht weit mehr gehn ('Now, there won't be much more walking') is the eighth Granberg release on the label, the fourth featuring Skogen. For anyone who has listened to any of the previous seven releases, that information alone will be enough for them to investigate this release further. As on past albums, Granberg's title composition was inspired by—but not copied from—other composers' pieces; in this case, among other sources, he revisited Schubert's song cycle Die Winterreise which inspired his first piece issued on Another Timbre, "Ist Gefallen in den Schnee."

Regarding that grey area, Granberg has said of this composition, "the piece turned out to use four pools of material using slightly different tonal modes, all containing comparatively large collections of melodic fragments, extended melodies, chords, timbres, single sounds and rhythms. The different pools of materials were then combined with different time values and ordered into a temporal framework consisting of a number of different sequences, through which the performers navigate with some help from a set of guidelines..."

As the players use materials from those four pools, their music sounds original, coherent and integrated. Because they navigate it themselves rather than being conducted or cued-in, they never sound rigid or regimented. Such a healthy balance between composer and performers undoubtedly places this music in the grey area; more importantly, it creates music that is relaxed and relaxing and that handsomely repays repeated listening. In other words, it is well up to the consistently high standard that we have come to expect of Magnus Granberg and Skogen. And Another Timbre.

Tracks: Wet Metal; One; Different Formation; Finetuning; Next Wet Metal; Another One; Third Wet Metal; Unexpected Directions; Supposedly Audible Fly; And Another One.