By EYAL HAREUVENI
February 21, 2008
Sign in to view read count 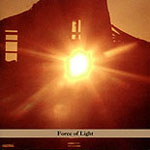 This may be the most challenging, but also one of the most rewarding releases, in Tzadik's Radical Jewish Culture series history. Art-rock Barbez's Dan Kaufman's musical realization of the poems of the late Jewish/German poet Paul Celan (1920-1970) is a courageous act. Celan, whose parents perished in a Nazi concentration camp during World War II while he was sent to forced-labor camps, wrote poetry torn between deep solidarity with the tragedy of Jewish people and loyalty to the rich German language; poetry where negation becomes a positive force, that seeks for salvation in every act of life and death (he committed suicide in 1970). His poetry is obsessed with language, hoping that the poetic language can manifest itself as the highest form of communication, but fully aware that it may form a screen between itself and actual communication. Celan's poetry is virtuosic and singular in its use of language, but also compacted into short enigmatic fragments. How can one translate such multi-layered, rarely decipherable images into a satisfying and intelligible musical form?

Kaufman was first transfixed by Celan's poetry a decade ago. When Tzadik's John Zorn—another Celan admirer who dedicated his own "Shibboleth" to Celan on From Silence to Sorcery (Tzadik, 2007)—invited Kaufman to record for the Radical Jewish Culture in 2005, the guitarist decided to dedicated three years to preparing for the project. He augmented Barbez with three string players and asked Scottish playwright and poet Fiona Templeton to read the poems, which she does excellently with a quiet, almost restrained delivery that only intensifies Celan's images. His arrangements of seven Celan poems and one instrumental don't attempt to enhance musical images of Celan's language, but wisely offer a solemn emotional resonance of these magnificent poems.

Kaufman's Spanish-tinged string guitar on "Shibboleth," lightly references lines that hint to opposition against rising Fascism in civil war Spain by La Passionara, but this is an exception. None of the other arrangements surrender easily to obvious references, but succeed in transmitting a mysterious aura that calls for repeated listenings, just as Celan's poetry demands constant readings. Pamelia Kurstin's theremin is central to Kaufman's musical setting, stressing the almost wailing human vocal characteristic of this vintage instrument. The gentle use of theremin, together with Kaufman and Peter Lettre's distant, resonating guitars and Peter Hess' sad clarinet envelope "Aspen Tree," where Celan mourns the loss of his mother, implying the intense imagery while never trying to force it.

The theremin merges beautifully with the strings in a spare and slow arrangement of another poem that addresses Celan's mother's death, "Count the Almonds." It uses the bitter almond—a repeating motive in Celan's poetry—as a powerful metaphor for Jewish fate. The fifteen-minute sober and modest arrangement of an excerpt from the only prose text that Celan published, Conversation in the Mountains (1959), a cryptic meditation on Jewish identity, is also impressive. Long, sustained guitar lines fuse with the peaceful theremin's singing, and minimal touches of vibes and drums, all echoing Templeton's straightforward and unpretentious reading.

A Haunting and possessing release.