Daniel Lanois: For the Beauty of Wynona

By NENAD GEORGIEVSKI
February 28, 2015
Sign in to view read count 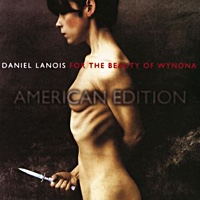 While Daniel Lanois spent most of the '80s and the first years of the '90s honing his craft as a producer, he cautiously emerged as a songwriter and recording artist with Acadie. (Red Floor Records, 1989) A mere four years after this beautiful debut he returned with another intriguing and haunting collection of songs titled For the Beauty of Wynona. Recorded during a period when Lanois was producing landmark records with U2 and Peter Gabriel created a record with startling beauty.

At the time, the first taste of this record came with "Sleeping in the Devil's Bed" which appeared on the watershed soundtrack for the director Wim Wenders movie Until the End of the World. (Warner Bros. 1991) This soundtrack not only featured a unique collections of songs by stellar artists, but it also had songs that he produced (but appeared in demo form) with the a fore mentioned Gabriel and U2. "Sleeping in the Devil's Bed" had that arresting and gentle folkish quality that was predominant on Acadie. This playful and wonderful gem of a song is one of the few pieces, including "Unbreakable Chain" and the haunting "The Collection of Marie Claire" that approach conventional musical fare. The remaining songs are considerably darker and harsher.

Unlike Acadie, For the Beauty of Wynona is more an introvert record and as a result it is not so easy to penetrate and understand. With its cinematic production qualities and emphasis on ragged textures, as on "The Messenger," "Beatrice" or "Death of a Train" some of the songs seethe with menace aided by Lanois' Gabrielesque voice and his layered twangy and noisy guitars and drummer Ronald Jones' masterfully lopsided drums and loops. These textures are often wide ranging and intriguing, and are further deepened by the use of keyboards and various electronic treatments.

The 90's were characterized by sonic inventiveness and experimentation and Lanois has always been a master of mood and feel. Plenty of artists at the time benefited from his unusual approach and experimentation. Back then, most artists opted to capture the zeitgeist of the exciting and uncertain times that the 90's were and For the Beauty of Wynona carries that sense of experimentation. With it, he has created a dark, brooding and uniquely sounding marvel of a record that melts seemingly disparate musical influences into 13 non-linear, yet irresistible tracks. The sound of this vinyl reissue further emphasizes and strengthens its sonic qualities reminding that it still sounds unlike any other record.

The Messenger; Brother L.A.; Still Learning How To Crawl;Beatrice; Waiting; The Collection Of Marie Claire; Death Of A Train; The Unbreakable Chain; Lotta Love To Give; Indian Red; Sleeping In The Devil's Bed; For the Beauty of Wynona; Rocky World.

Title: For the Beauty of Wynona | Year Released: 2015 | Record Label: Music On Vinyl