By MARK CORROTO
December 14, 2009
Sign in to view read count
Back in 1980s and early 1990s in New York, musicians were reinventing jazz and the "downtown scene," as it was called, was focused on the The Knitting Factory club. Artists like saxophonists John Zorn, John Lurie and Thomas Chapin, guitarist Marc Ribot and cellist Tom Cora became famous. While they were schooled in the traditional, their rediscovery of the spark and energy that can be found in jazz was a revelation. Bands like Lounge Lizards, The Jazz Passengers, Naked City, Doctor Nerve, Chunk and Slan, the first generation to be born under the full weight of rock and roll, brought a D.I.Y. sensibility to the music. These two discs epitomize that same spirit—jazz that rocks. 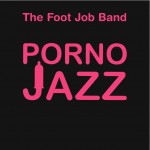 Not since the recording Bible Launcher (Tzadik, 1996), which was banned for using illegal samples, has there been a good merger of jazz, rock and pornography. "Intro," which opens PornoJazz with 22 seconds of orgasmic breathing, signals the censors to begin their surveillance, before segueing into some fusiony Jean Jean-Luc Ponty-like jazz rock on "Arpeggi." It may be the heavy breathing and foot fetish monologue that caused the musicians of The Foot Job Band to adopt fake names like Turtle Milazzo, Whiskey San Martino and Mr. Foot Job for this recordings. It's likely the players, regulars on other Long Song Records, just wanted to blow off a little steam here.

Don't let the title fool you; there are some solid tracks here, it's just that you have to wade through the loud sex scene on "Fuck A 37 1/2—Sweet Water Pt. 2" before you get to the gentler violin and soprano saxophone pieces. For all the bravado exhibited with the impostor names and poser CD artwork, some impressive improvisation lurks here. Guitar, saxophone, violin and drums unfurl a placid wandering on "W.S.U.," and Milazzo's soprano rendezvous with the electric bass on "Evidence Is Empirical" is engrossing in its timorous imagination. There's some guitar-destruction noise as background for the smart improvisation on "Comin' Soon," and an explicit heavy metal offering, "Skins Touched." There's even an out-of-the- blue Cuban swinger, "La Puta Del Barrio." All music you might have heard from your favorite NYC downtown musicians back in the day. 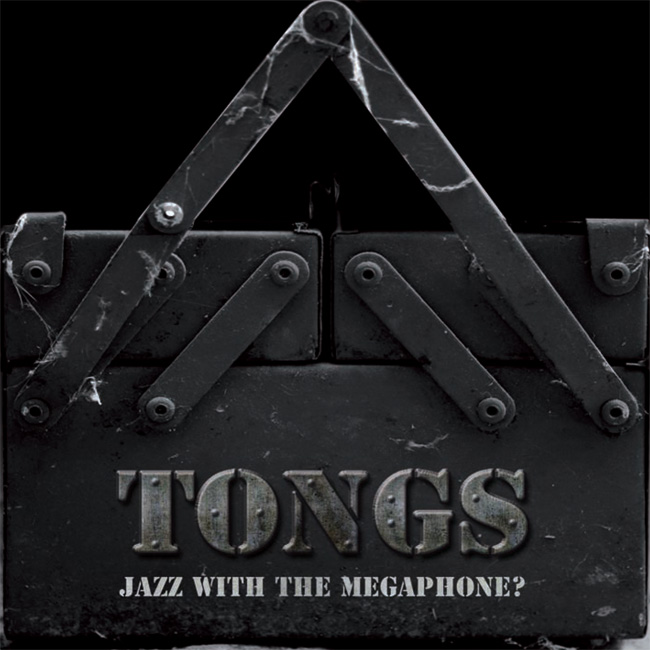 Three young Italian jazz musicians Carlo Garof (percussion), Antonio Bertoni (bass) and Luca Serrapiglio (reeds) set out to integrate the worlds of jazz and rock. Their effort, Jazz With A Megaphone?, doesn't fuse the two as much as weld them together. The group play avant rock with jazz instruments, sometimes creating a free/jazz/punk amalgam, and at other places, a cobbled Frankenstein jazz monster. Tongs favors the low end, the bass fiddle (both acoustic and electric), baritone saxophone and bass clarinet.

A swinging opener, "Bootswanna," finds Serrapiglia's baritone sax cruising a post-bop melody before chewing off huge chunks of energized outward notes over the speeding pulse of bass and drums. This pattern is repeated throughout to great effect. The band updates this dynamic swing with varied lo-fi electronic effects, samplers and a megaphone. Tongs is not just a crash-and-bash ensemble, it has a flair for positioning these effects and other subtle sounds within noisy contexts to keep things interesting. "Lifting Tools" is a great ambient electronics meditation that morphs into a free-jazz piece, then finally, into a rocker.

The trio's capaciity for gentle, considerate music is also found here. The chanting "Bobo" has the feel of a late 1960s track by saxophonist Pharoah Sanders upgraded with effects. After a tenor saxophone invocation, bassist Antonio Bertoni stretches out the affair with some angular bowing, before plucking an a cappella solo. There's also the introspective "Am Duong" and "The Sketch Of The Cat," both drifting improvised pieces that meander a bit. Never does the music fall back on mindless rock themes. Drummer Carlo Garof plays with stunning energy—directing his partners towards exclamations and his listeners towards sonic insights. For Tongs, everything new is both old and new again.

Jazz With The Megaphone?