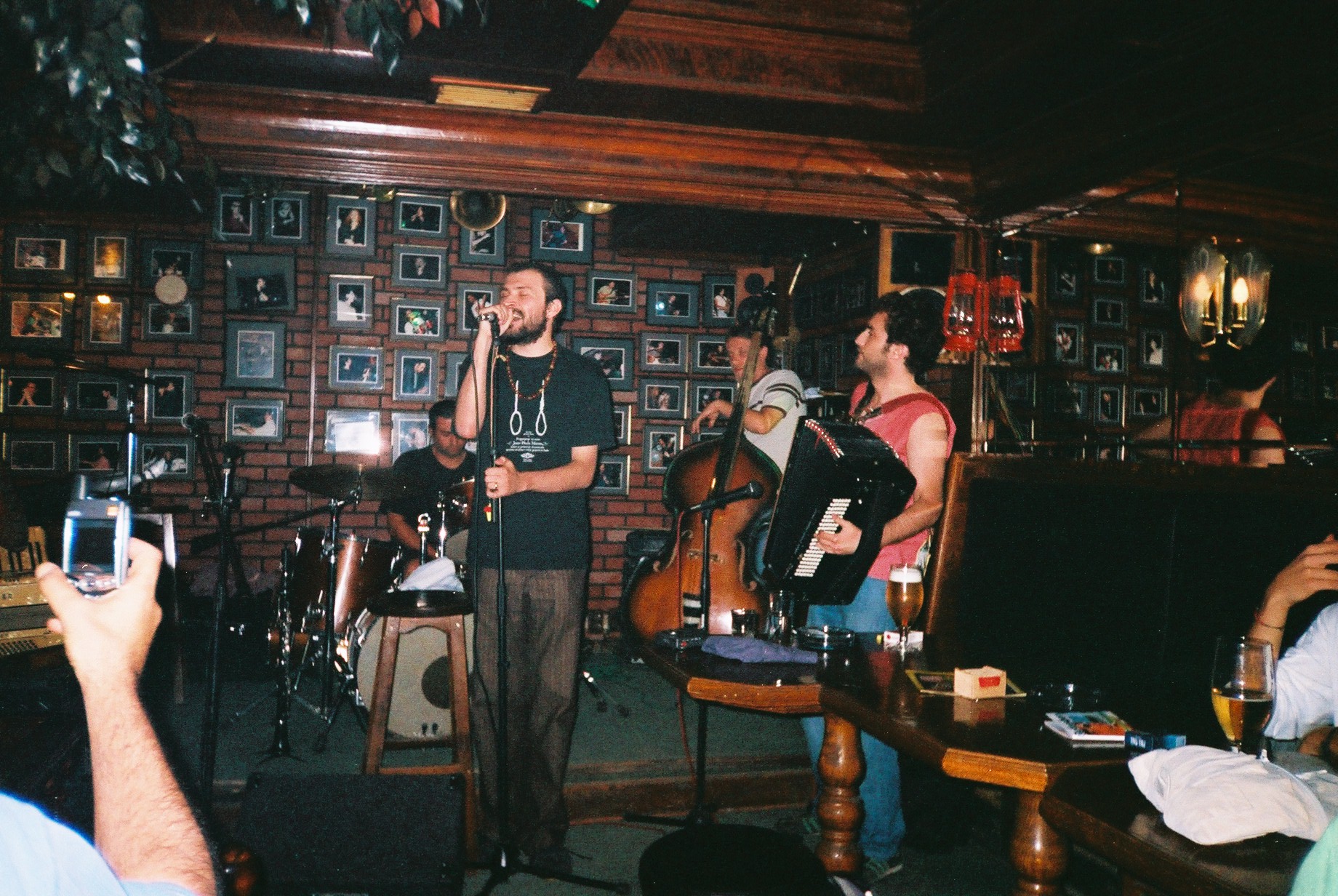 Does humor belong in music? In the case of Foltin, it certainly does. Their live performances are famous for becoming jump-ups and are more energized and charged than their recorded output. Theirs is a pseudo cabaret cartoon music that offers plenty of suggestions for why it sounds like it does, but it won't take long for anyone to figure out what it is all about. The band has a talent for crafting songs that, at the same time, sound effortless and beautiful: as they are prodigiously gifted performers, in their hands the songs positively come alive.

Foltin find themselves adaptable to any audience and any venue. One day they can be playing in front of an audience of 6,000, like they did as the supporting act for Macedonian rock group Arhangel (Archangel) on February 12, 2011, and on another, play for no more than 50-100 people in a small club date, as they did at the MCM club in downtown Skopje—and have the same enthusiastic reactions. No matter what the occasion or the venue, the band is always a tightly cohesive unit, performing at an extremely high and satisfying level.

It was a cold and wet April night, but Foltin were on fire, delivering inspired versions of their best-known songs like "Donkey Hot," "Topka," "I'll Die If You Touch me," and "Lolita 2." They were flying from the start, the songs taking different shapes as the band strayed as far as they could from the original forms. At times they were swinging, but mostly this was a no-holds-barred assault of great, energized playing. The interplay between lead singer/songwriter Branko Nikolov and the audience was nothing short of great as he engaged the audience in many ways, and they couldn't help themselves but dance. The energy emanating from the diverse crowd was positively palpable and soul-satisfying. This lent the band members energy beyond any mere supporting role. Clarinetist and harp player Pero Nikolovski took some of his best solos, sounding like Benny Goodman on speed, while the more proper Pece Brada lagged only slightly behind with his accordion. Slave Jovcev and Goce Jovanoski were a great rhythm section, together supplying the driving pulse needed for the others to cast their magic.

Occasionally they would throw in bits and pieces from other songs—like the disco bass lines from songs such as "Push it" by Salt 'n' Pepa or the reworking of Britney Spears' "Toxic" (aptly renamed into "Sexic"). Some of the highlights included the explosive, powerhouse version of Kraftwerk's "The Model" or the seductive "I'll Die If You Touch Me" and "Milice." The show ended with the encore of "Vezilke" and "87." It was a one off performance by this great band, whose music was a singular mix of explosive energy and playful lyricism. Foltin played like their lives depended on it, one more time.