By HRAYR ATTARIAN
December 10, 2019
Sign in to view read count 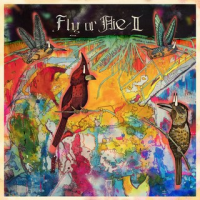 Over a relatively short career, the adventurous composer and trumpeter Jaimie Branch has developed a mature and singular style with a politically informed dimension. On her second album as leader, she and her band create tense atmospheres that brim with creativity and spontaneity.

Branch is an intrepid innovator with superb musicianship and real synergy with her sidemen. This album confirms her as a rising star on the creative music scene.