By DAVE NATHAN
September 1, 2002
Sign in to view read count 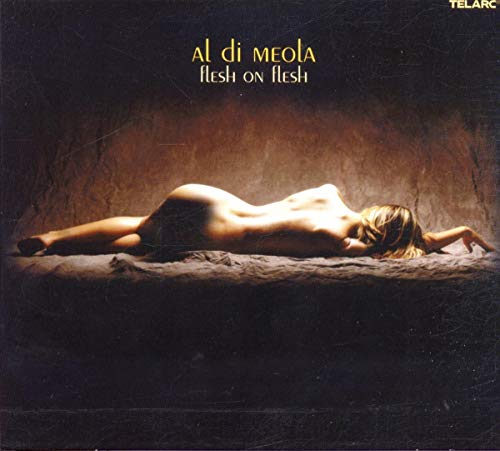 Pioneering fusion of rock and jazz more than 25 years ago, guitarist/composer/arranger Al Di Meola continues to bring his special brand of music to the recording studio. For his third CD for the Telarc label, the electric guitarist has put together a play of list of eight melodies, five of which he wrote. One of the more interesting is "Innamorata" which features jagged rhythms interspersed among long lyrical lines produced by a wide variety of instruments, including different guitar models supplied by Di Meola. Di Meola continues to favor the songs of tango master, Astor Piazzolla with the inclusion of the Argentine's "Fugata" where Di Meola not only plays acoustic guitar (!), but his first instrument as well, the drums. In 1990, the guitarist devoted an entire album to Piazzolla. The presence of sensuality, pain and romance inherent in this composer's work is replaced here by highly stylized rhythmic patterns, captured in their passionate fullness by Di Meola. This session is enhanced by the presence of several top flight artists from this jazz genre that Di Meola has brought with him into the studio. Among the most notable is Gonzalo Rubalcaba whose fender Rhodes is important on "Zona Desperata" as well as "Fugata". Another major contributor is percussionist Gumbi Ortiz whose rhythmic electricity shows up on several cuts. A front line of flute, two alto saxophones and trumpet are the highlights of a haunting, exotic and sometimes very busy, "Zona Desperata".

Di Meola is still fusing, but the components are not the same as they were a quarter of century ago. They are more varied and cosmopolitan now. He can be visited on at the web at www.aldimeola.com.