Finland: The Next Generation

By CHRIS MOSEY
November 30, 2012
Sign in to view read count
Two albums showcasing a new generation of Finnish jazz musicians. Legend has it that the music was brought to this small country on the northern fringes of Europe in 1926 by the band on the ocean liner M/S Andania. Shortly afterwards, the word jazz entered the nation's Uralic language to signify a modern, cosmopolitan way of life.

The first generation of Finnish musicians playing jazz for a living emerged in the 1960s, the decade the city fathers in the west coast city of Pori approved a grant of 1,000 marks to set up Finland's first jazz festival, today a major European event.

The musicians in Maratone Quintet and Tonight at Noon are products of these two state-funded establishments, with the exception of drummer André Sumelius, leader of Tonight at Noon, who went his own way, studying in the US under the late, great Tony Williams. 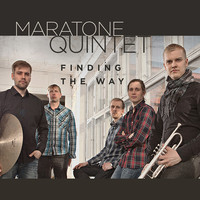 Maratone Quintet is fronted by trumpeter Martti Vesala, a highly talented young man and no relative of the now deceased, legendary, Finnish, avant-garde composer, bandleader and drummer of the same name. He composed four of the eight numbers on this, the quintet's second album and first on the Swedish Prophone label.

The music is thoughtful, lyrical, stemming in inspiration from the output of people like trumpeter Miles Davis and saxophonist Wayne Shorter in the 1960s. The quintet's co-leader, guitarist Markus Tiiro, avoids the excess so often associated with his instrument in those far off days, managing to strike a fine balance between jazz and rock.

It's the quintet as a whole that is important to these guys. While Vesala's trumpet holds sway a good deal of the time, it never dominates. His playing on the title number, penned by bassist Miiko Pellinen, is a perfect example.

The most melodic song, the lilting "Wheels For Ken," is the work of drummer Juho Peltoniemi and leaves plenty of room for bassist Pellinen to solo with distinction.

The most interesting chart is the one the quintet saves for last, Vesala's "Sleepless," which makes use of a prepared piano. It describes insomnia to a tee, featuring a highly nerve-wracking rubato passage in which Tiiro is given his head (or rather his foot, as he uses a pedal) before it all comes together and ends peacefully with Vesala's trumpet lauding the coming of the dawn. 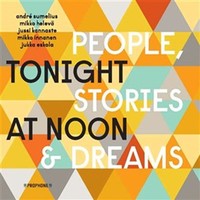 Its first album, To Mingus With Love, was a tribute to The Angry Man of Jazz, its readings of his charts. This one is very different: all originals, though often with that distinctly idiosyncratic Mingus touch to them. Leader André Sumelius's hand is felt throughout, though he has left the writing to saxophonists Miiko Innanen and Jussi Kannaste and Hammond organist Miiko Helevä.

There's a quirky, Latin feel to the opener, "A Dream With Billy And Jacob," with Innanen's baritone combining nicely with Jukka Eskola's trumpet on the ensemble passages.

"Ballad Of The Baron" opens in almost Duke Ellington-like fashion but unfortunately degenerates into a lot of meaningless "free" squawking from Eskola.

"Wondering" is a vehicle for Helevä's Hammond, while "Benhard" is positively trad-like. There's an unfinished feel to many of the numbers, with "Isoldo" the best example, going nowhere fast, albeit with a nice solo from Eskola and Sumelius doing his thing on drums before a rather abrupt ending.

Kannaste's "Mingmystic" is one of the more successful songs, once again exploring quirky Latin territory. It sounds at times almost like "Hernando's Hideaway" from The Pajama Game. "Cat Piss Blues" is predictably rambling and adolescent, with some singularly silly chanting of the title towards the close—as if the whole idea wasn't obvious enough.

For all the faults and excess, there's a lot to listen to. If the lads now settle down and get their act a bit more together vis-á- vis their writing and arranging, the future of Finnish jazz will be in capable hands.