By MARK CORROTO
December 3, 2015
Sign in to view read count 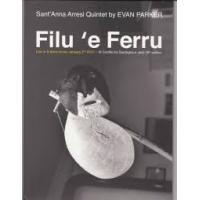 The differences between British free jazz and American is an often debated subject. Certainly in the 1960s, at the genesis of free playing, the ocean's divide between continents was easily identifiable. The African and African/American tradition of Jazz informed the experiments of the Art Ensemble of Chicago, John Coltrane, and Anthony Braxton, while the UK players like Derek Bailey, Barry Guy, and Evan Parker took cues from modern European music, and developed their own individual language. Their sound could even be distinguished from the free jazz scenes of the European continent.

As communication and travel have increased interactions between American, European, and British improvisers, that divide has shrunk. A great example is this live recording from the 2014 Sant'Anna Arresi Jazz Festival in Sardinia. The three primary concert performances revolved around British saxophone legend Evan Parker. He performed in quartet with trumpeter Peter Evans, bassist John Edwards, and drummer Louis Moholo-Moholo, also with his ElectroAcoustic Ensemble, and in quintet heard here.

The quintet, of Parker, the British players, pianist Alexander Hawkins (Decoy, The Convergence Quartet) and Parker's favorite bassist John Edwards are joined by the Americans, trumpeter Peter Evans formerly of Mostly Other People Do The Killing and drummer Hamid Drake, the favored sideman to the likes of Peter Brötzmann, Fred Anderson, and William Parker.

The instant composing is of the highest order. Parker displays his distinctive circular breathing babble, that has, by now, been distanced from any suggestion of babel. Pieces grow with an organic feel, from quiet to maundering. Evans, a frequent collaborator of Parker, brings his tool belt of sound. From a boundless imagination to sheer extended technique, he can bridge composed to improvised musics. The quintet samples minimalist improvisation, and even shifts into some spontaneous bebop. Of note are some deft solos by Hawkins and Edwards, and certainly the perpetual engine that is Drake's pulse.