By EYAL HAREUVENI
September 18, 2011
Sign in to view read count 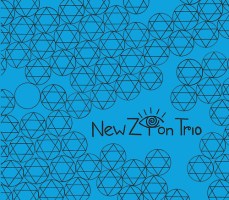 All the compositions, except the closing "Fire Ablaze," were recorded live without any overdubs or studio-enhanced manipulations, but still follow in the Jamaican dub footsteps in their unhurried meditative pulse. Saft's piano and Fender Rhodes chime, while double-bassist Larry Grenadier and drummer Craig Santiago emphasize the trance-like pulse slowly and methodically, as if every note counts. New Zion Trio's articulation of the themes is quite different from the typical piano jazz trio as it is not about exploring complicated harmonic possibilities or chord changes, or developing ever-changing roles amongst the trio. This group clearly does not subscribe to any usual model of the piano trio, nor does it make any attempt to swing.

"The Red Dies," one of the compositions that features a clear reggae drumming style, demonstrates this trio's artistic path. All its members surround the meditative pulse, with the walking bass, the drumming and the piano's harmonic development pushing while still allowing plenty of room to fully absorb and surrender to the the addictive pulse. "Hear I Jah" floats around Saft's chiming Rhodes, while Grenadier and Santiago cement the theme in a light reggae-tinged pulse. Grenadier shares the lead with Saft on "Gates" and "Ishense," with his rich sounding bass, while "Fire Ablaze" sounds like a minimalist piece with its gentle, repetitive sound.