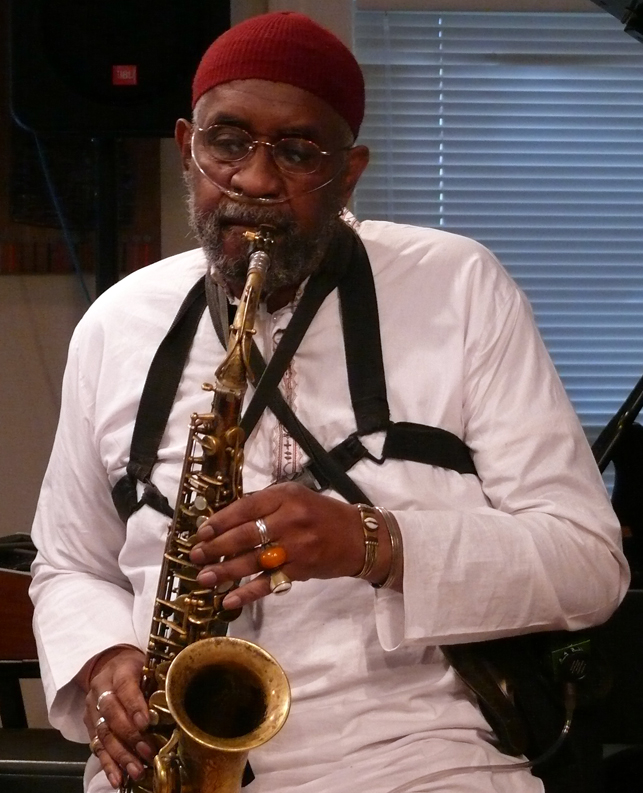 Throughout the history of jazz, Detroit has produced world-class jazz artists, iconic individualists and ubiquitous sidemen alike. Many have moved to New York or other cities to pursue their career. A handful of great artists remained in Detroit, keeping the creative energy alive there (and consequently Detroit continues to produce incredible talent). One artist who has remained in Detroit over the decades, overcoming social and personal disaster to continue his creative pursuits, is saxophonist and composer Faruq Z. Bey.

His story has many chapters and some unexpected twists and turns. Born Jesse Davis in 1942, Bey took much inspiration from an older cousin's musical activities and picked up the bass as a teenager, studying with esteemed jazz educator James Tatum: "I was interested in following Monk Montgomery's example to pick up the Fender bass, but everything changed when I heard John Coltrane's 'My Favorite Things.' That really showed me something new." This new sound resonated with Bey and finally, after he attended a Detroit performance by John Coltrane and Pharoah Sanders in 1966, Bey's switch to saxophone took place—amidst the infamous 1967 Detroit riots.

Many historical accounts of the aftermath of the 1967 riots focus on the destruction and the flight from centralized urban life in Detroit. For the many who remained dedicated to the city, though, it was a time of heightened social consciousness and artistic innovation.

During this time of renewed cultural awareness, a group of like-minded thinkers gathered together and formed a collective—living together, making art and sharing ideas. They recreated their culture, adopted new names and new ideas. A family name of Bey was chosen and the Bey Brothers—Faruq, Jalil and Sadiq—each subsequently made their mark in Detroit and around the world as writers, poets and musicians. Formed in the '70s, Griot Galaxy was Faruq Z. Bey's main outlet for his interest in combining traditional elements of musical composition with the open-form improvisational ideas that had initially inspired his transition to saxophone. "There was a lot of great free playing going on, but I wanted to put that together with the traditional elements. I was influenced by what Roscoe Mitchell was doing; I wanted to explore new compositional forms," Bey recalls. Early Griot Galaxy members included brother Sadiq and guitarist Spencer Barefield.

A more consistent lineup came into place and flourished in the '80s, when drummer Tani Tabbal, bassist Jaribu Shahid and saxophonists Dave McMurray and Tony Holland all joined. This secure lineup combined formal rigor with conceptual fire, driven by Bey's charismatic iconoclasm and compositional inventiveness and grounded by the exceptional rhythm section of Shahid and Tabbal. AACM-inspired experimentalism and abstraction combined with a sense of groove and pulse that was uniquely Detroit. Though dancers and poetry had always been a component of Griot Galaxy's work, this version of the band significantly upped the ante, adopting futurist science-fiction imagery, wardrobe and theatrics. This look, combined with the blistering intensity of the playing and the futuristic vibe of Shahid's effects-laden bass, resonated with local audiences, drawing huge crowds.

Bey's own persona seemed larger-than-life, with a giant mane of dreadlocks and leather jacket. Bey's WDET radio show, "Met Aesthetics," was hugely popular. Northwoods Improvisers founder Mike Johnston tells a story about how one listener, Ron DeCorte, happened to catch a recording of Albert Ayler on the show: "DeCorte was a dedicated listener from then on. He ended up becoming a huge fan of Griot Galaxy and recorded tons of their live gigs. He set up the sessions for Kins." (This recording was the band's debut, which DeCorte released himself.) Two live recordings followed, including one from the group's European tour: "We went to Austria and played in Nickelsdorf and that became the Opus Krampus record, which came out on Sound Aspects," Faruq said. Recently, another DeCorte live recording was released on Entropy Stereo, Live at the D.I.A.

Sadly, just as success and much wider appeal became imminent, tragedy struck. Bey's adventurous lifestyle took a toll and he ended up in a motorcycle accident that left him in a coma. Griot Galaxy worked to continue in his absence during his long and difficult recovery, but something was missing. Tabbal and Shahid were finding it increasingly difficult to make a living in Detroit and, ultimately, both heeded the call to New York. After recovering, Faruq pursued various projects throughout the '90s, including the Conspiracy Wind Ensemble and Speaking In Tongues.

Then, in the late '90s, Bey was approached by members of the Northwoods Improvisers. "The trio version of Northwoods shared a bill with Griot Galaxy back in the '80s and Faruq and I played together on sessions once in a while," Johnston related. "When our friend Len Bukowski came to town, we encouraged him to meet up with Faruq for sax lessons and that led to Faruq and Northwoods gigging together." 19 Moons, the first cooperative release by Faruq Z. Bey and the Northwoods Improvisers, was released on Entropy Stereo in 2001 and since then the group has expanded to include saxophonists Skeeter Shelton and Mike Carey. More performances followed, along with further releases on Entropy and on vinyl-only label Qbico (including the recent Hymn for Tomasz Stanko, adding trumpeter Dennis González).

The upcoming appearance by the Northwoods Improvisers with Faruq Z. Bey at Issue Project Room promises to bring much of the intensity and colorful flare that the collective has developed with Bey. It will be a well-overdue opportunity for New Yorkers to hear Bey's distinctive approach to the saxophone and his unique blend of Detroit groove, melodic angularity and compositional intrigue.