By GLENN ASTARITA
April 7, 2019
Sign in to view read count 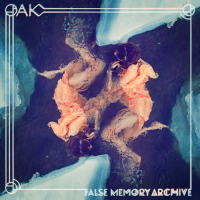 This multitasking Norwegian trio's exceptional layering and mixing techniques provide a boost to the musicians' seamless ability to bridge a progressive rock aura with fresh material that occasionally skirts art-rock and pop.

Simen Valldal Johannessen's warmhearted vocals (in English) are iterated with near flawless diction and mystical qualities. The melodic verses are often synched with choral background effects, emphatic dynamics and magnetic lyricism that draws you into the band's signature sound amid a horde of tuneful themes. With memorable riffs and resonating dialogues atop crunching guitar parts, pulsating beats and a few Eastern modal riffs, the trio builds toward climactic opuses, shifting motifs and the integration of symphonic rock-based crescendos.

Darkness and light are interwoven into these sonic portraitures with a death march type groove on "Lost Causes," whereas "The Lights" preternatural overtures are highlighted by Johannessen's profound vocals, tinted with cosmic overtones, mellotron treatments and wordless harmonies. But "Transparent Eyes" boasts a hummable melody through an ascending regimen, amped by Johannessen's rhythmic block chords, performed on piano.

The final track "Psalm 51" begins with Sigbjørn Reiakvam's gorgeous acoustic guitar phrasings and the vocalist's reverb shaded vocals that ignite a sanctified presence, combined with folkish attributes and drifting choruses. However, drummer Øystein Sootholtet notches it up via a steadily pounding bass drum induced timestamp, eventually moving towards a flowery interlude and electrifying finale framed on Johannessen's streaming guitar parts and a synth line that sounds like a saxophone sample.

Simply stated, it's an impressive second offering from this insightful young band, and yet another example of Scandinavia's futuristic attitude and nouveau approach toward conventional progressive rock frameworks.