By KARL ACKERMANN
January 11, 2019
Sign in to view read count 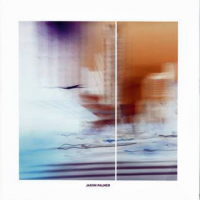 Newvelle Records co-founder, the pianist Elan Mehler is familiar with one of Boston's few long-time, dedicated jazz clubs, Wally's. As he explains in the liner notes for Fair Weather, the club is where trumpeter and North Carolina native Jason Palmer was leading a band for nearly two decades. Palmer has played with leading talents such as Roy Haynes, Greg Osby, and Ravi Coltrane. A former student at the New England Conservatory, his debut on the vinyl-only Newvelle is his ninth album and the third-season finale for the subscription label.

Palmer is joined by Argentine pianist and composer Leo Genovese who led his own group in this label's first season and is a frequent Esperanza Spalding collaborator. Bassist Joe Martin has led groups with saxophonist Mark Turner and Chris Potter, pianists Kevin Hays and Brad Mehldau, and appeared as a sideman on over three-dozen recordings. Drummer Kendrick Scott has four solo recordings and a more active career working with Terence Blanchard, Gretchen Parlato, and Romain Collin, among others.

Three of the nine compositions on Fair Weather are Palmer originals including the unembellished opener, "Nameless." Palmer turns the heat up just a bit on the Benny Golson penned title track, setting the stage for an inspired solo from Genovese on "Easy Living." "Moonlight Becomes You" closes Side A with knotty trumpet and piano improvisations. Martin has a rare solo on "You Know I Care" but he and Scott mostly play a traditional rhythm section role on the album. Wayne Shorter's "Nefertiti" is given a fresh but restrained treatment and the second side closes with an amicable take on "Old Folks."

Palmer is an excellent, if underrecognized, mainstream trumpeter. Fair Weather gives him the chance to not only reinforce that but to spread his wings with some inventive and clever playing. Following two innovative entries from Newvelle with Lionel Loueke and Andy Zimmerman, Fair Weather is subdued by comparison, but a fine showcase for the instrumental talents of Palmer and Genovese.

Side A: Nameless; Fair Weather; Easy Living; Moonlight Becomes You; Side B: Miracles; You Know I Care; Nefertiti; Raise the Love Ceiling; Old Folks.