By KARL ACKERMANN
January 5, 2016
Sign in to view read count 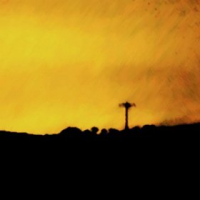 Trained early in his career as a pianist, the French artist Fabrice Mourlon later joined a vocal jazz class at the Paris suburb Pantin School of Music. In 1994 he trained as a vocalist with Italian singer Valentina Casula and was a member of her workshop for the next half-decade. He met pianist Richard Razafindrakoto, bassist Emmanuel Brunet and drummer Thierry Tardieu in 2001 and the four would eventually solidify as a quartet playing various jazz clubs in Paris and now on Facing the Lough.

Razafindrakoto—who studied at the Conservatoire National de Region—has been the beneficiary of training from France's prolific world-class saxophonist and conductor François Jeanneau. Tardieu trained in the workshop of Enrico Rava and worked with Paolo Fresu among other international artists from Europe and Asia. Brunet has played many of the western European jazz clubs and worked with one of the better known French trombonists, Sébastien Llado, in his quartet.

Facing the Lough takes its name from the view at a home in Belfast, Ireland where Mourlon had visited; lough being the Anglo-Irish interpretation of a loch, a type of bay or inlet. More to the point, it seems to represent a far reaching view of the modern, traditional and folkloric tunes that Mourlan reads in French, English and Swedish on the CD. The album—quite brief, at under thirty minutes—consists on seven Mourlon originals and one traditional piece, "Mannelig," based on a medieval Swedish ballad.

Mourlon's take on his own compositions covers a wide range from traditional balladry, to swing, to more improvisational treatments. Razafindrakoto, Tardieu and Brunet make for an excellent and substantial trio, their playing seemingly unprompted and in the moment, full of energy yet yielding to the vocalist's needs when that is the applicable approach. Facing the Lough is a versatile collection made gratifying by musicians whose proficient skills allow easy passage from straight-ahead jazz to more modern approaches. For those who like vocal jazz, this is an album to check out.