Rick Helzer: Face in the Mirror

By MICHAEL DAVIS
September 11, 2005
Sign in to view read count 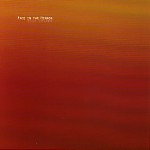 When the South Bay-based trio Big World broke up in the early '90s, many local jazz fans were disappointed, feeling that, even after two good albums, the band's potential hadn't really been reached. Yet now, in 2005, it would appear that all three musicians are playing some of the best music of their lives. Tenor saxophonist Bill Plake is back burning with noted trombonist/composer Mike Vlatkovich, while percussionist Jeanette Kangas has spent the last couple of years in various creative collaborations with her MINIMmates: Steuart Liebig, Jeff Gauthier, and Ellen Burr. Now pianist Rick Helzer has returned with back-to-back releases on Nine Winds: a set of duets with Vinny Golia and this more mainstreamish effort.

In many ways this could be considered a textbook case on how to put together a good jazz record in 2005. Write a fistful of varied tunes, dedicating several of them to jazz giants of the past. Check. Connect up with a rhythm section capable of bringing out the rhythmic and dynamic nuances of the material. Check. Add a well-chosen list of guest artists who inject their own ideas and colors into the mix. Check.

Now here's where it starts to get interesting. Having each guest play on two tunes works well here, as each is able to contribute additional depth and versatility. However, the most important "rule" to watch is "when you invite a world-class musician to the table, make sure he has plenty to chew on," which is followed to a T-bone. "The Mentor" is a tasty enough appetizer for James Newton to warm up with, but the nearly twelve minute-long "Mingus Meditations" is indeed the album's tour de force. Helzer acknowledges debt to "Meditations on Integration," "Sue's Changes," and "Goodbye Pork Pie Hat," and Newton's performance is truly inspired.

Not that it's the album's only highlight—hearing Kim Richmond's soprano soar through the changes of "Two Witnesses" is another major delight—but given that Newton himself hasn't exactly been dropping a steady stream of CDs on the market, some of his fans may need to check out this album for "Mingus Meditations" alone.

Fire Storms; The Mentor (To James Newton); Tell Your Story (To Meade Lux Lewis); Nobody's Song But Kenny's (To Kenny Wheeler); Bell Chimes In (To Lori Bell); Two Witnesses; By His Wounds We Are Healed; He Who Is Acquainted With Sorrow; Sounds Like; Mingus Meditations; Gethsemane.