By MARK SULLIVAN
December 5, 2017
Sign in to view read count 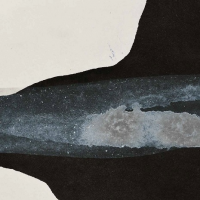 Belgian euphonium player Niels Van Heertum leads the acoustic quartet Veder. After the minimalism of his solo album JK's Kamer +50.92509° +03.84800° (Smeraldina-Rima, 2017)—on which he also played tuba, trumpet & electronics—Van Heertum turns to the sort of chamber jazz played on his previous collaborations with guitarist Ruben Machtelinckx. Felt like old folk (Smeraldina Rima, 2015) and especially mono no aware (Aspen Edities, 2017) presented him as part of an acoustic, often improvisational ensemble. Here there is more focus on his composing: he wrote five of the seven selections, the remaining two being collective improvisations.

"Fern" opens the set with Machtelinckx's thoughtful, unaccompanied guitar. The horns start to fall in with his broken chords, beginning with the leader's euphonium (as a reminder, the euphonium is a baritone-voiced brass instrument that looks like a small tuba). There are no obvious solos, but gradually the horns break out into obbligato patterns which could be improvised, or not. "Hemlock" is the first of the collective improvisations, the horns floating freely above gently pulsing guitar chords.

"Sedum" opens with a chorale for the horns, eventually joined by Machtelinckx's gentle banjo chords (a second instrument he has increasingly used in place of the guitar). "Klauwier" gives the melancholy theme to saxophonist Joachim Badenhorst, which is then picked up by trumpeter Eivind Lønning before a gentle conversation between all three horns. That is the tone of the whole session in a nutshell: gentle and conversational. While there is space for individual voices to shine, it is still very much a collective sound.

There is also a sense that the group is aware of the passage of time—something that cannot always be said of improvisational ensembles. Each piece is just long enough to make its point, and no longer. Most average around five minutes in length, with the whole album clocking in at just over half an hour. It is a testament to the concentrated effect of the music that the length feels just right.