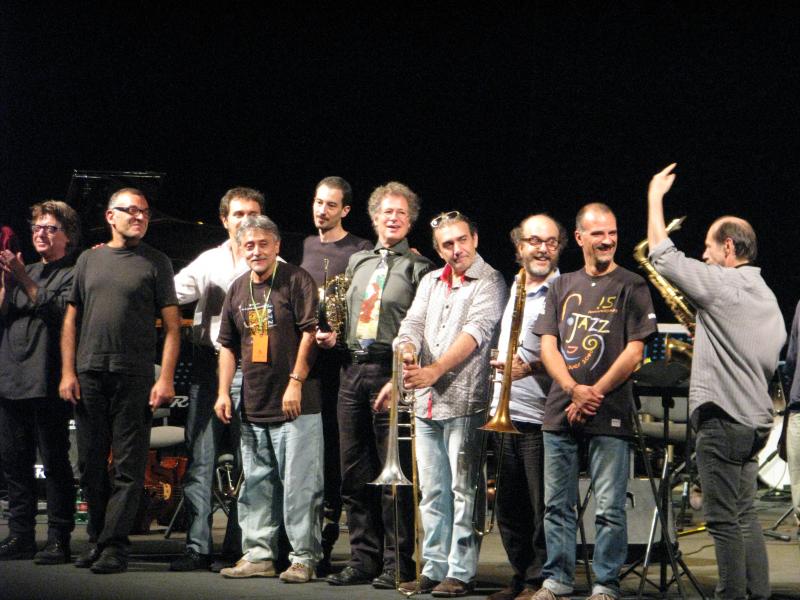 From the very beginning in the second half of the 1980s, when Filippo Bianchi-longtime Artistic Director of Ravenna Jazz and Reggio Emilia Jazz-took the initiative and recruited almost 20 colleagues from all over Europe to share ideas and collaborate in organizing tours and concerts, a large and firm organization has emerged. Since then the music-its contexts and ways of production and performance, as well as the audiences' participation-also underwent major changes.

Whereas the constitutive assembly took place at Ravenna, twenty-five years later the community members again made their way to Italy, this time to assemble at Bari, the capital of Puglia, in the deep south of Italy-traditionally a neglected and disadvantaged region, but nowadays prospering culturally. The assembly was organized by Puglia Sounds, a program of the Puglia Region for enduring development of the music system.

Puglia Sound is clearly visible in public areas, as in the attractive listening columns spread around the Bari airport. Bari also hosts Medimex, dedicated to all music genres and Italy's only music market fair. Furthermore, Puglia is the only region in Italy where the tourism branch is growing. Puglia Sounds is financed by the European Union's ERDF (European Regional Development Fund). In recent years, it has successfully fostered the development of all facets of the music industry-artists, companies, record labels, festivals, recording studios, service, manufacturers, distributors, organizers, institutions, local authorities operating in the region-while, at the same time, consolidating regional musical activities for the benefit of the public and of the generated economic system. This is contrary to the severe budget cuts to culture taking place acrosss central Europe.

Bari and its region are the origin and home of a number of internationally well-known jazz musicians like trumpeter/Italian Instabile Orchestra founder Pino Minafra, trombonist Gianluigi Petrella, guitarist Nicola Conte, saxophonist Roberto Ottaviano and young pianoist Livio Minafra. Auand, one of the internationally better known and highly active Italian labels -with 300 albums featuring international lineups-is also from Bari, along with a dozen other smaller labels.

The Beat of Instable Hymns

The Assembly, with its conference program, took place at the Palace Hotel, with the concert and showcase program at Teatro Petruzzelli, both situated on the periphery of the town's ancient section. Teatro Petruzzelli, Puglia's biggest theater, has a turbulent past. It burned down in 1991, but was finally reconstructed and reopened in old glory on October 4, 2009, with a Turandot performance directed by the great Roberto De Simone, founder and director of famous Nuova Compagnia Di Canto Populare.

The special showcase program presented known and up-and-coming Apulian musicians and groups indoor and outdoor. The outdoor concert activities took place in a pleasant ambient space, but suffered from bad sound quality. The indoor activities in the freshly restored historical space had a touch of grandeur.

Pianist Mirko Signorile turned out to be the most impressive discovery, especially with his own quintet of cello, bass and two percussionists. He also performed in the groups of saxophonists Raffaele Casarano and Gaetano Partipilo.

A central highlight of the event was the performance of the world famous, eighteen-piece Italian Instabile Orchestra which, founded in 1990 by Puglian trumpeter Pino Minafra, is nearly as old as the EJN. Instabile may be considered the most stable and steady entity of Italian jazz, as cited in the2010 documentary, Il Suono Instabile della Libertà, by Marco Bergamaschi and Gianpaolo Gelati.

There is no other prominent ensemble in jazz which has succeeded to function so loosely and freely for such a long period. There is no formal director, only changing advisory committees, and the ensemble is conducted by one of the commissioned musicians accepted by the advisory board.

On this occasion, the ensemble was confronted with a new kind of challenge. Belgian EJN board member Wim Wabbes came up with the idea of having every EJN country contribute a one-minute mini-hymn, which would altogether add up to a hymnal soundcloud-or an anti-hymnal cutup.

23 younger musicians were commissioned to write these one-minute pieces. Giancarlo Schiaffini arranged it all and, with a steady hand, led Instabile to and through the cloud.

The contributors of the parts and the orchestra conveying the whole had to cope with a number of tensions: tension of hymnal gratitude and radical time restriction; the possibilities of a big ensemble and extreme time restrictions; of gloriousness and understatement; and of unfolding and abrupt leaps. 23 variations of a solution that is worth being documented, and would give some insight into the state of art. All the contributions were highly ambitious and tried to satisfy explicit and implicit expectations in different ways. Now and then, irony and parody made their way into the music. Some musicians got into playing around with the orchestra and the hymn-concept in a sophisticated way, like British pianist Matthew Bourne, who turned out to be the only musician who had worked previously with Instabile, or Estonian guitarist Jaak Sooäär. Maria Faust and Emile Parisien's contributions also left a mark. 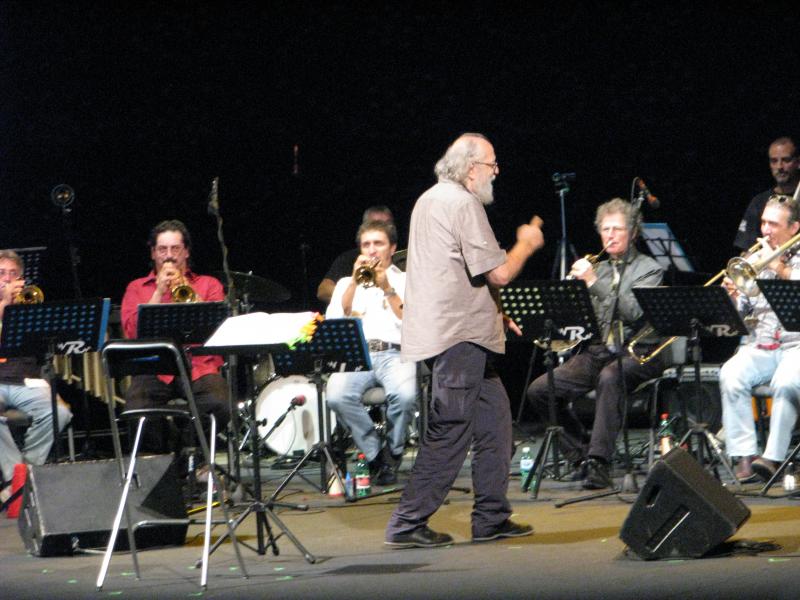 The Beat of Instable Norms

Among the 23 contributors, there were, at least, five women. Or, articulated another way, there were only five women. It all depends on point of view. In the deep south of Puglia, financial resources are being spent to develop music life and music business. Sweden, in the high north, is setting out to develop new potentials via norm-critical approaches in musical activities of all kinds, and spending resources for the development of broader educational programs aimed at enabling young people to free themselves, in a productive way, from the fears and restrictions that commonly impede creativity.

This initiative not only concerns gender roles and stereotypes but also ways of interaction, attitudes when playing, recording, promoting music, stylistic routines and more. It has to prove if this kind of approach to practice(s) in music-making-for jazz and improvised music-can develop, and be transformed in the long run so that new potentials will emerge, opening up the musical playing field for the projections and identifications of future generations.

The crew of Music Development and Heritage Sweden, a governmental organization, has provided the initial incentive with zest-something that will also be sympathetic and promising for supranational cooperation. It will be a good starting point for Trondheim, Norway where next year's assembly will take place.