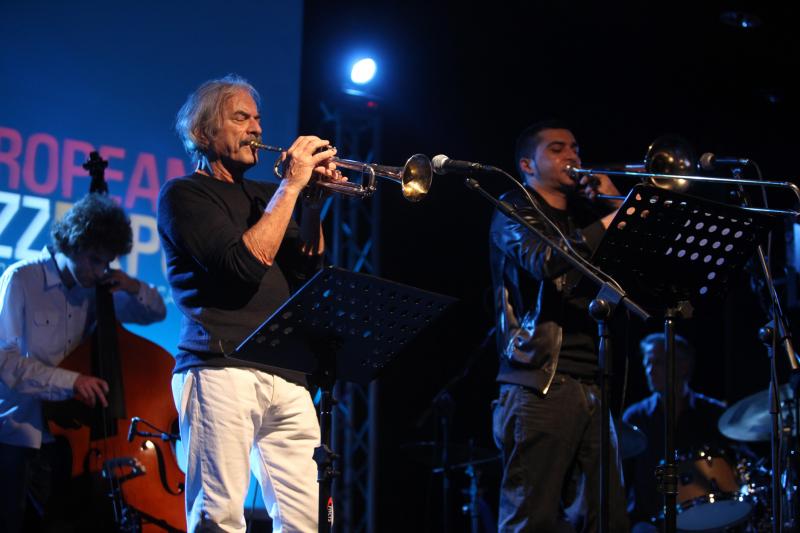 The hot summer slowdown is finished for Sardinia. Quietness and sophisticated melancholy embraced the island and made it a perfect place for jazz.

From November 20th to 22 the Sardinian capital Cagliari hosted the annual jazz festival, known for the last five years as the European Jazz Expo. The event has an impressive history with guests like Miles Davis, Chick Corea, Horace Silver, Herbie Hancock and B.B. King. Attracting numerous visitors to the halls of Cagliari Fair, the festival offered a vivid mixture of traditional and experimental jazz, folk, blues, rock, hip hop and electronic music.

This year European Jazz Expo remembered two great trumpeters: Miles Davis and Lester Bowie. The living legend of Italian jazz Enrico Rava became one of the key figures of the festival, playing at the opening with his quintet and returning the following days for several breath-taking performances.

Major highlights of the Expo became the concert by Paolo Fresu, followed by the presentation of his new book Musica Dentro ("music inside") and Marcus Miller's project "Tutu Revisited," interpreting the recording Tutu by Miles Davis.

A special concert was held on November 21 to remember Lester Bowie, a beloved guest of the Sardinian jazz festival in the past. The powerful line-up included Antonello Salis (accordeon), Famoudou Don Moye (drums), Enrico Rava (trumpet) and Lester's brother Joe Bowie (trombone), supported by the great collective Sousanphonix led by Mauro Ottolini. Compositions with quotes from gospel, funk and reggae, memories and jokes by Lester's friends recreated an atmosphere for which Bowie was remembered: life-loving, energetic and open to experiments.

As a true Italian event, the European Jazz Expo could not do without food. For that reason one of the most renowned chefs of the island, Luigi Pomata, was invited to present his skills in haute cuisine. Pomata and a few other famous chefs have created several dishes inspired by jazz, experimenting with traditional recipes and mixing top quality ingredients in an unconventional way. The food idea proved very appropriate: the public had maintained its energy for three days from afternoon till late at night, determined not to miss any moment of the strong program of this extraordinary jazz event. In total, 50 performances by 200 musicians in eight halls were held in Cagliari.

The next European Jazz Expo will return to Cagliari in November 2010.