I throw my music in the world and everybody hears what he/she hears.

Few musicians from Holland are seen in the U.S., let alone in South Florida, but when they are, it is a rewarding experience. Although Eric Vloeimans is virtually unknown as a leader on North American shores, he is no stranger to audiences familiar with some European jazz markets, where he is held in high regard. The inventive and award-winning trumpet player performed in the U.S. with the likes of the Frank Foster Big Band and the Duke Ellington Band while he studied at the New School in New York City, and he is also known to audiences throughout Asia, South Africa and the Middle East.

Vloeimans toured the U.S. in the fall of 2008 with his Fugimundi trio, including pianist Harmen Fraanje and guitarist Anton Goudsmit, and he is also promoting Hyper (Challenge, 2008) with the Gatecrash aggregation. On October 10 at the Byron Carlyle Theatre in Miami Beach, Florida, Vloeimans and company delighted listeners with a mini-world music-jazz tour, deftly performing music from various geographical points with a wide sonic and emotional range.

All About Jazz: While being promoted on a radio spot at WDNA 88.9 FM for your recent Miami Beach concert, you were closely compared to Wynton Marsalis. Neither your music, nor your sound or even your style strictly resembled Miles Davis'—with whom you are also inevitably associated—but especially not that of Wynton Marsalis. One can hear Miles' distinctive influence in "Prince of Darkness" and "Ravens and Wolves," from your most recent release, Hyper, or just as easily imagine Eric Truffaz—another trumpet player "accused" of being under Miles' shadow—when you were playing "Bonzi." Rare would be the informed jazz listener that wouldn't hear Miles in some of Gatecrash's jazz passages, given the use of electronics, the tempo of the performances and the use of muted sounds. But Wynton? What are your comments in that regard?

Eric Vloeimans: Thank you. I do consider this as a compliment. You know, people always want to make comparisons to what is there. I listened to a lot of trumpeters and if you tell me, "Well, you listened to Freddie Hubbard," I would say, "You are right." And Don Cherry? You are right, too. Actually, I don't care what people say. I throw my music in the world and everybody hears what he/she hears. There is a reason why I named the [song] title "Prince of Darkness." Of course, it is an ode to Miles Davis and it is a bit related to his composition "Tutu." I do, however, understand the comparison with Miles rather than Wynton. I feel more related to his ideas than Wynton's.

AAJ: What is the rationale for Gatecrash's sound in general—the instrumentation, in particular, and its aesthetic—as well as its use of electronics and sound effects?

EV: Gatecrash's rationale responds to my need to have an electric band. I do play with Fugimundi, a more chamber-like jazz music group. However, ever since I saw Miles Davis performing at the North Sea Jazz Festival back in the '80s, I was very impressed with how he combined elements of pop music with jazz. I also loved the electronic sounds. I underwent a similar process with The Brecker Brothers.

Ever since, that type of playing—just as my acoustic side is—was dear to my heart, although it took me a long time before I dared to start with it because I wanted to do it authentically—to do it my way and not be a copy, my great admiration to my heroes notwithstanding. A pianist friend, Jeroen van Vliet, hyped me into the effect machine, just before we were going to improvise with a dance company. We did a whole tour and I could practice the use of the machine on stage. Things were gradually growing in my head and then I met Jasper van Hulten and Gulli Gudmundsson the musicians who, along with van Vliet, form Gatecrash.

You have another instrument when you use electronics and it inspires me very much when playing this music. In terms of the sound aesthetics of the band, I did ask Jeroen not to play acoustic piano and to only do the electric thing on Fender [Rhodes] and synthesizers. That—along with the fact that Gulli plays upright as well as he does the electric bass, and Jasper's ideas about grooves—forms the sound of Gatecrash. And, of course, the information that comes with the choice of compositions. Nordic players [like Gulli, who is Icelandic] bring something very important for me. There is such a restful sense in that peace. I think it has something to do with the country he is from—empty and very serene.

AAJ: What does it take to perform with you?

EV: I look for variety, fire, adventure, willingness to communicate on the highest level possible, craftsmanship and, for touring, it wouldn't hurt if somebody is friendly and not too difficult to deal with.

AAJ: What were you trying to achieve with your musical expression in general and with Hyper in particular?

EV: I try to be in the present. The present says that you should do in your life what you feel like and what feels good. Making music and playing the trumpet brings a lot of fun to my life. In the first place, I want to reach the highest possible level for myself. I am talking about self development which furthers you in life as well as in music.

Gatecrash is a part of my soul, as well as Fugimundi. I want to write, practice and develop these bands and keep on doing that. The result will be, if you are pure in doing it and stay true to your heart, that people will be reached and they will enjoy your music. And that sharing is one of the most beautiful things that exist for me.

AAJ: Who, musically and personally, do you want to be?

EV: I want to be myself and nobody else.

AAJ: Why should anyone invest money and time in your music?

EV: I wouldn't know. Do I have to say now that I am the greatest and worth investing into? [Laughs]

AAJ: How do you keep in musical, physical, intellectual and emotional shape?

EV: I spend quite a bit of time alone in my practice studio writing and practicing. I meditate, and take power walks through nature and swim to keep in shape as a trumpeter as well. 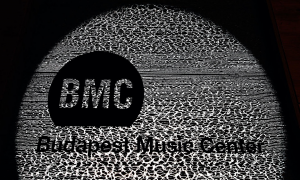