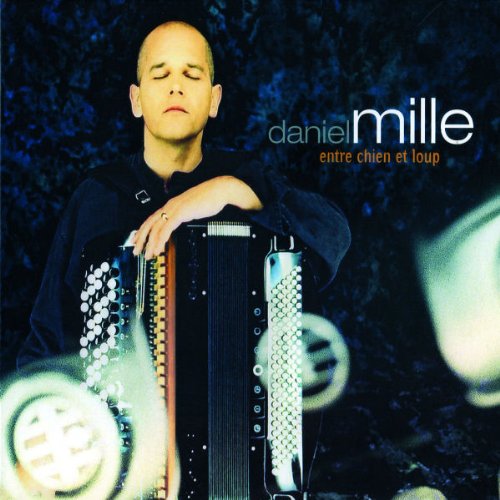 No doubt Daniel Mille got his share of flack for his chosen instrument while he was growing up. Actually, we know this to be the case: he abandoned the accordion at the age of 13 because his classmates' teasing became too much to bear. Like many of us, they saw the accordion not for its romantic connotations of Parisian cafes and Venetian waterways, but as something despairingly uncool, a true hallmark of geekdom more likely to be found among jovial Bavarian men than anywhere near the stage of a smoky nightclub.

Some years later, Mille picked up the accordion again with a renewed zeal after seeing Claude Nougaro in concert with Richard Galliano. Since then – and as this, his fourth, album proves – he has managed to transform the despairingly uncool into something quite the opposite. He has even infiltrated a genre that, to borrow Hank Mobley's (perhaps ironic) words, allows no room for squares.

Entre chien et loup ("Between dog and wolf"; translated here as Owl-Light ) is a remarkable album, most notably because it hovers between classical and jazz, a realm already explored to some degree by Ellington and the artist/composers on the now hard-to-find LP The Birth of the Third Stream. In this sense the original French title speaks volumes, as the music lies somewhere between the domesticated pet that is classical and the wild, unruly wolf that is jazz – speaking in the most general metaphorical terms, of course. The spontaneous appears alongside the structured, like the way the breezy piano/accordion number "Danse 7" comes before the four-part suite entitled "Les Errances d’une Valse" written in 11/4 time.

Mille does use the associative peculiarities of the accordion to his advantage, pushing Entre Chien et Loup toward the ambient. Much of it could pass for a Jeunet film score. (Or even a Bond movie. The title track returns to the same chord basic progression that accompanied Sean Connery’s cinematic subterfuge.) Laid down over an audio recording of children at play, the intro to “Les Minots” employs this same film score quality, not unlike the indie/classical hybrid outfit Rachel's. But soon the laughter and voices fade and the track segues into a Segovia-like guitar chart; this in turn evolves into the spirited turn-taking solos familiar to jazz. Mille acknowledges this intent with "Cinéma," which, paradoxically, is probably the most un-cinema-like track on the album.

There are moments when the album is too much like a film score, crossing the line between effecting a mood in the listener and drowning them in drippy sentimentalism. More than once it seems heavy-handed, an emotional primer for us numb postmoderns. And yet there is still something significantly genuine here. Mille loves his instrument – that much is clear – and has likewise fallen in love with writing with that instrument in mind. For all their emotional excess, these songs indirectly chronicle that romance. Small wonder, then, that they're performed on such a cool, romantic instrument as the accordion.