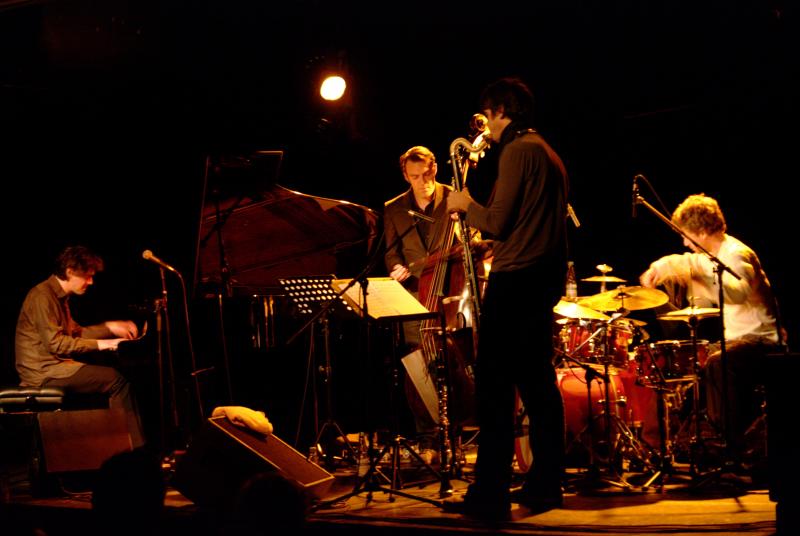 Enjoy Jazz Festival
Heidelberg/Mannheim/Ludwigshafen, Germany
October 2-November 18, 2011
Bugge Wesseltoft & Henrik Schwarz
The black and white stage design gave more than a hint of the dynamic performance pianist Bugge Wesseltoft and DJ Henrik Schwarz were about to bring to the day. Featuring the new album Wesseltoft Schwarz Duo (Jazzland, 2011), the show started with "Kammermusik" in rather contemplative tones, which then metamorphosed gradually into a solar, open cantus, moving from there to the obsessive progression that made the gist of an electronic groove.

Wesseltoft's minimalist key hits on the Rhodes piano in "Where Is the Edge," as if he were adjusting a work bench, were then amplified electronically on a laptop by Schwarz in tones reminiscent of an ancient water mill, developed gradually into a feedback of samples watched by both musicians with amused interest. In "Dreaming," the interaction was closer from the onset, the counterpoint growing in steady progression to culminate in a groove with well-placed abstract accents.

Wesseltoft—presently working on a project together with Erik Truffaz and Ilhan Ersahin—and Schwarz, also a reputed House producer, brought an alert show of well-balanced interactions between melodic free improvisation and minimalist electronics that left a lingering impression of having visited the wondrous laboratory of two sound sorcerers. 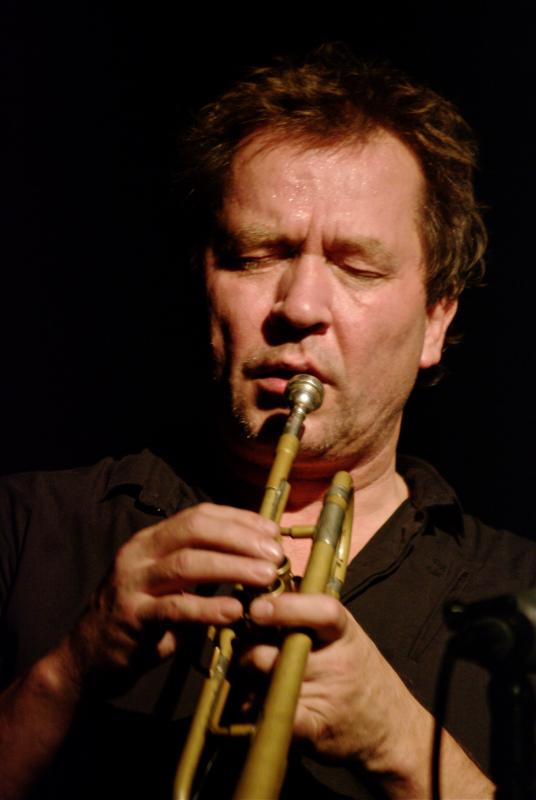 Conceived as a complex syncretic performance, the show soon engulfed the audience in an experience that, sustained by Erland Dahlen's velvety tone on the drums, didn't fail to acquire the depth and the intensity of a ritual trance. A concave backdrop, on which the artists' close-ups and light graphics were intermittently projected, completed the sensation of a closed universe, self-contained as source and destination.

The tracks, fluctuating in a pulsing succession, brought depths of introspection and solemn denouements which, boiling up in subdued tension, were brought repeatedly to the brink of implosion. Nils Petter Molvaer's contemplative tones developed gradually with the raw intensity of a natural force that eases the break into a new dimension.

It was impossible to ignore the growing introspective quality of the sound of the trumpet, augmented by vocal sampling and engaged in osmotic balance with Stian Westerhus' guitar counterpoint. In spite of the more powerful rock coloring, the album's performances further deepen the ancestral quality of Molvaer's music, its power of fascination, and its gift to immerse us into those levels of our consciousness that let us explore the great multitude of worlds we all inhabit, separately or together.

Singer Nailah Porter's natural elegance harmonizes perfectly with the earthy inflections of her voice, mixing southern American tones with African chant into a vibrant song reminiscent of dark water flowing quietly in deep forests. The quiet intensity of "Transcending" evolved into a clear and articulate tone in "Sacred," then reached its most vibrant profundity in Nina Simone's "The Other Woman."

Most of the selections in her concert derived from the recently released album, ConJazzNess (EmArcy Records, 2011), pronounced like "consciousness," a title that directly reflects Porter's social engagement and her musical affinities. 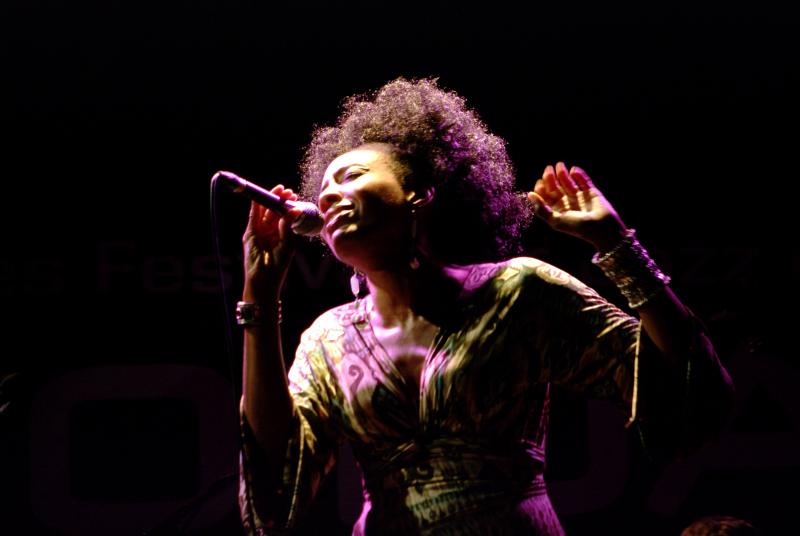 
The synergy with the band was perfect. Richard Spaven on drums (also present at the festival with the Robert Mitchell Trio), together with Neville Malcolm on bass, held down the groove as pianist Grant Windsor topped the hills with a firm touch on the keys while keeping a distinct profile at the same time.

The Dutch pianist Wolfert Brederode and his quartet brought in a fluid, airy performance, like a smooth meditative landscape permeated by isolated peaks of intensity, well sustained by clarinetist Claudio Puntin, bassist Mats Eilertsen and drummer Samuel Rohrer, providing a calm background for Wolfert Brederode's piano solos which ebbed and flowed into the theme like the ripples of a calm sea.

"November," one of the compositions from the album Post Scriptum (ECM, 2011), mingled Spanish rhythms with African gusts that gradually melted into a meditation where the notes of the piano fell like solitary drops of nostalgia fading away into the German autumn.

The performance closed with "Brun," the most experimental piece of the evening, which started with a bass solo that gradually developed into a dialogue with the bass clarinet, picking up the theme and bringing it to an exquisite intensity and then releasing it back into the gentle harmony with light touches of George Gershwin.