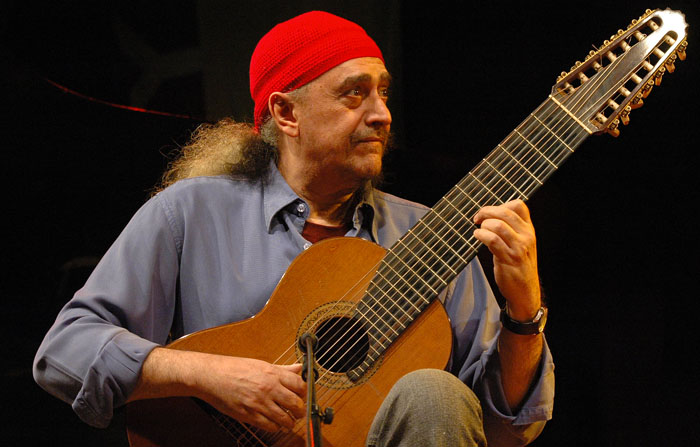 Situated along the Neckar River in the central part of Germany, Heidelberg may seem like an unlikely place for a six-week jazz festival in the middle of the fall each year. But Enjoy Jazz, now in its eleventh year, has been bringing an innovative cross-section of jazz and beyond to the region, with an unusual concept that runs contrary to virtually every other well-known jazz festival. Rather than concentrating a high number of artists into a short period, with all the inherent problems that go along with it, Enjoy Jazz is a relaxed festival that, for the most part, offers only one show each evening, in one of a number of venues in the Heidelberg-Mannheim-Ludwigshafen area. It may seem counter-intuitive to the idea of attracting large international crowds who can come to a city for a few days and catch a large number of shows in a relatively concentrated location, but to Festival Director Rainer Kern, it's all about doing what feels right.

"From the very beginning," says Kern, "my idea was definitely not to have a four-day festival with a hundred bands and ten bands in parallel venues at the same time. I wanted to have a good situation for the band, so they could play as long as they want, not a change every forty minutes. I wanted it to be very comfortable for the audience, too. It's easier to focus on one artist or artistic thing on stage, rather than knowing that if you haven't found your way into the music in the first ten minutes—which happens often; sometimes you need more time—that if there are three other bands playing at the same time you could just leave."

It's a respect for the artist and for the audience that drives Kern and Enjoy Jazz. Unlike most festivals, which squeeze the number of performances Enjoy Jazz offers into the space of a week or so, but force attendees into choices they sometimes wish they didn't have to make, at Enjoy Jazz there's still a matter of choosing what shows to see, but never at the expense of missing another. Even when, on rare occasion, Enjoy Jazz offers more than one show in a day, they're typically spread apart so there's time to fully absorb the first show, and relax a bit, before heading off to the next one.

The festival is also rare in its use of a relatively large geographic area. While the Heidelberg-Mannheim- Ludwigshafen region is, in relative terms, fairly small, with the three cities (located less than an hour south of Frankfurt) close enough together that getting from one to another by car is a fairly quick proposition.