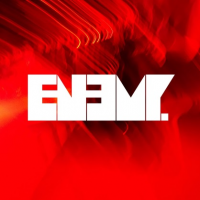 An original member of Empirical, featured on their self-titled 2007 debut album, pianist Kit Downes went on to form the left-field jazz-rock trio Troyka, but had been leading his own trio as far back as 2005, with his first recording Golden released on Basho Records in 2009. On that album, as here, he was accompanied by drummer James Maddren who, like Downes, is an alumnus of the Royal Academy of Music. Incidentally, in March 2018, Maddren was honoured with the prestigious award of Associateship of the RAM. Enemy started out touring in 2015, originally known as The Enemy, but subsequently decided to drop the definite article from the name.

The disconcertingly irregular rhythms of bassist Franz Petter Eldh's "Prospect Of K" are, perhaps, explicable given its composer's recent association with that doyen of the eccentric metre Django Bates. The number also possesses an undeniable and haunting melodic charm, as does Eldh's elegant "Fogo." Here there's just a hint of Gershwin's "Someone To Watch Over Me," rendering it all the more irresistible. Similarly, his playful "Children with Torches" is dominated by a repeated and memorable vamp, enhanced by discreet electronics.

But this isn't just a trio album; Downes' frenetic "Race The Sun" is studded with compelling piano lines keenly pursued by bass and drums and, in its concluding section, Let Spin's Ruth Goller casts some subtle, reverberating bass guitar into the mix. No fewer than four tracks on the album are embellished by guest soloists. On "Brandy," Lewis Wright (from Empirical) plays a transformative role, adding shimmering, dream-like vibes. Cellist Lucy Railton adds majestic depth on "Jinn" and guitarist Chris Montague (from Troyka) makes up a quartet with a vital contribution on the vibrant "Politix." This eponymously-titled album, replete with canny polyrhythmic compositions, takes a few plays to register in the memory bank, but once it does, it emphatically stays there.