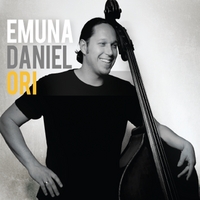 Bassist Daniel Ori's early upbringing has colored his work as a musician. Exposed first to classical music by his grandmother, he was later influenced by rock music. But these were just two posts on a journey that now finds Ori firmly established on the New York contemporary jazz scene. A winner of the 2009 ASCAP Jazz Composers Award, Ori has gone on to incorporate Middle Eastern, African and Latin influences in his compositions.

Ori has a striking range. He creates an indelible memory when he plucks into the melody, letting it resonate before using it as a launching pad for his band. He makes this positive impression on "Back it Up," his strings ever so pliant and musical. The tune has an alluring sparkle, stoked mainly by Ori and drummer Ziv Ravitz, with the rest of the band adding melodic interludes which give body to the composition.

Saxophonist Mark Turner sparks "A Short Story." After drinking deeply from the melody, his imagination takes hold as he roves a path of twisted trails and long, lush pathways. The terrain is explored by pianist Sam Barsh with a slowly rising intensity, becoming flush with ideas that bop on top of driving bass and drums. The excitement is locked in by the eloquence of guitarist Oz Noy, at first on his own, and then in tandem with Turner.

Ori, who is responsible for all the music, can also create a telling ballad. He fuels the introspective "A Short Story" by exploring the harmonic framework, opening the door for Turner's luminous lines, the veil of the Rhodes, and the shimmer of percussion. With Barsh moving to the piano, the interlocution between the musicians becomes all the more heartfelt and beautiful.

This CD was recorded with the help of several contributors. With Emuna serving up many pleasures, their belief is well-served.

Back It Up; Cyprus; This Is Home; A Short Story; Emuna; Inability to Sleep; Roseland; The Search; Shapes.