By DAN BILAWSKY
June 7, 2013
Sign in to view read count
Duke Ellington elevated the art of big band writing to great heights, but his music was never relegated to the large ensemble corner of the room. While it's true that the large majority of his recordings showcase the ever-evolving, yet incredibly consistent "Orchestra" he fronted, he wasn't averse to presenting his music in small group settings; in fact, the rare duo session—This One's For Blanton (Pablo, 1973) with bassist Ray Brown—or trio outing with unlikely collaborators—Money Jungle (United Artists, 1962) with bassist Charles Mingus and drummer Max Roach—are some of the most enjoyable and respected oddities in his sterling discography.

With those recordings, and several other small group albums such as The Duke Plays Ellington (Capitol, 1953) and Piano In The Foreground (Columbia, 1961), Ellington pealed back the instrumental layers endemic in his work; in those cases, the textural devices of his orchestra were removed from the picture, but the beauty of the music remained. He demonstrated that his impressive body of work couldn't be bound to any specific setting, and others have followed suit. These two recordings, which, in 2013, arrive 39 years after Ellington's passing, continue to shed light on the great possibilities that exist for smaller dukish configurations. 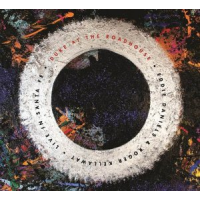 Duke At The Road House: Live In Santa Fe

Clarinet kingpin Eddie Daniels and piano virtuoso Roger Kellaway have been associates for quite some time, but they officially became a musical item when they recorded A Duet Of One (IPO, 2009). They followed up on that live duo date with a second one—Live At The Library Of Congress (IPO, 2012)—and now, they return with yet another live duo(-cum-trio) item that focuses on Ellingtonia in all its glory.

While Daniels was never in the employ of Ellington, he did have a chance to join the master on stage at a jam session in 1966, and that experience served as the seed from which this album sprang some forty six years later. When the clarinetist was asked to perform at a benefit concert in Sante Fe, New Mexico in 2012, he saw an opportunity for Ellingtonian exploration and he took it; Duke At The Roadhouse is the musical by-product of that experience.

During the course of this ten song program, Daniels and Kellaway refashion many of Ellington's most famous songs to their liking; it's a hit-heavy program—with "Perdido," "Sophisticated Lady," "Mood Indigo," "I'm Beginning To See The Light" and more—but the arrangements keep everybody on their toes.

This musical story begins with "I'm Beginning To See The Light," which opens on Daniels' clarinet, gives Kellaway a chance to plug melodic holes with chordal filler, and features some back and forth solo trading. Kellaway's slow shuffling bluesy piano creates the foundation for "Creole Love Call," which comes next, and the duo is a duo-no-more when "Perdido" appears. Cellist James Holland, whose work is beautifully scripted by Kellaway, makes the first of his several appearances on this oft-performed number which is transformed into a musical hot-air balloon ride in the hands of these three; rise-and-fall riffs and floating delights surface and circle throughout.

As the program continues, Daniels switches gears by switching instruments. He brings his tenor saxophone to bear on "In A Mellow Tone" and "Sophisticated Lady," but he retains the services of his clarinet on the remaining numbers. That clarinet, which remains his calling card, is used to great effect on a faster-than-usual "In A Sentimental Mood" and a winning "Mood Indigo," where he dazzles with some fancy, forced-air tonal manipulation. Kellaway and Daniels each contribute one Ellington-influenced original apiece, but it's the Ellington songs themselves that shine brightest during this jewel-of-an-album. 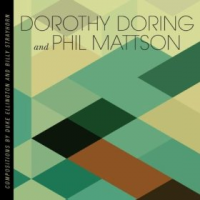 Minnesota-based vocalist Dorothy Doring has never subscribed to one specific style of music, having explored everything from country to blues to rock in her artistic pursuits, but she may very well be classified as a cabaret-influenced jazz singer—or jazz-influenced cabaret singer—with the arrival of this recording. Doring joins forces with pianist Phil Mattson to tackle the work of Duke Ellington and Billy Strayhorn here, and they don't disappoint.

In choosing material for this album, Doring and Mattson went through thirty songs and settled on eleven numbers that, while hardly obscure in the annals of Ellington, are often overlooked today. "In A Mellow Tone," "Lush Life," "I Got It Bad And That Ain't Good," and "I'm Just A Lucky So And So" are the only numbers that border on the overdone. The rest of the program, which includes an appropriately floating "Day Dream," lighthearted "Love You Madly," compelling "Something To Live For" and breezy "I Let A Song Go Out Of My Heart," qualifies as familiar, but fresh.

Pathos and humor both play a part in Doring's success here, as she charms ("Everything But You") or garners sympathy from the lovelorn ear ("I Got It Bad And That Ain't Good"). She occasionally comes up short, as on an ill-fitting "Lush Life" which doesn't suit her temperament or an undistinguished "I Didn't Know About You," but she usually hits her mark, proving to be alternately insightful and delightful; Mattson, likewise, strikes all the right chords in all the right ways. Doring may currently be considered a regional presence, but this album could go a long way in changing that; Compositions By Duke Ellington And Billy Strayhorn deserves a wide audience beyond the borders of the Twin Cities jazz scene.

Duke At The Roadhouse

Track Listing: I'm Beginning TO See The Light; Creole Love Call; Perdido; Duke At The Roadhouse; In A Mellow Tone; In A Sentimental Mood; Sophisticated Lady; Duke In Ojai; Mood Indigo; It Don't Mean A Thing.

Track Listing: Day Dream; Everything But You; Something To Live For; Love You Madly; I Got It Bad And That Ain't Good; In A Mellow Tone; Lush Life; I'm Just A Lucky So And So; I Didn't Know About You; I Let A Song Go Out Of My Heart; Heaven.