By DAVID RICKERT
December 3, 2002
Sign in to view read count 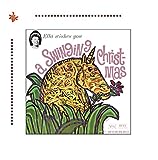 Most people don’t expect much from Christmas albums, other than a host of familiar songs with a hint of nostalgia to play while decorating the tree. What a treat it is, then, to discover one that raises the bar and doesn’t seem like a half-hearted effort to make a quick buck for the holidays. One could argue that the late fifties and early sixties was the heyday of Christmas albums (everyone from Sinatra to the Chipmunks had one out), and the fact that Ella was capable of turning out a fantastic Christmas album should come as no surprise. She delivers each tune with a childish exuberance combined with flawless technique. From the swinging opener “Jingle Bells” it’s apparent that she and arranger Frank De Vol mean business, generating more heat than the solemn versions of carols heard by other singers. Of course there are the obligatory stabs at creating new standards with new material fashioned at the sessions (has anyone ever successfully done this?), but overall the old chestnuts are the winners, swinging hard and even featuring a solo here or there. It’s surprising that Verve never hit upon the idea of re-releasing this 1960 recording earlier, because once you hear A Swinging Christmas it’s likely to be the first disc in the changer come next season.

Visit Verve on the web at: http://www.vervemusicgroup.com