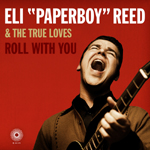 Surging from deep within the heart of American music there lies a pulse—a rhythm, an explosion of sound—called soul music. From its heyday in the 1960s it has been the sensuous energy, the incorruptible truth and the driving force behind a movement that influenced race relations, the political system, the merging of musical genres and that most American of all qualities: deeper and more personal self expression. From the shrieks of James Brown to the shouts of Wilson Pickett to the spirit filled testifyings of Aretha Franklin, soul has carried us through tough times with its conscience, invigoration and sweet inspiration.

Unfortunately, with the emergence of disco and its overactive bass drum and high hat in the mid 1970s, soul was very nearly relegated to the greasy wrecking yard of history, nearly down for the count.

On the horizon however, with the emergence of the neo-soul movement that has surged forth since the 1990s, sounds that recall soul's glory years are once again taking hold. Yelps from the interior of the human heart are spilling onto the unsuspecting airwaves, onto turntable platters, and into CD and i-pod players worldwide. Heard in artists such as James Hunter, Ryan Shaw, Amy Winehouse, Sharon Jones, Jill Scott, the New Mastersounds and others, the never ending pulse has been revived, has staggered forth and is once again standing tall. In an age of glossy, exploitive, pop culture superficialities, Soul music has returned to set the record straight.

Emerging out of Boston and onto this fervent scene is the newest member in the pantheon of true soul greats, Eli "Paperboy" Reed and his band The True Loves. His summer 2008 CD, Roll With You, bristles with raw energy, horn driven original compositions, a tight seven piece band (augmented on some tracks) playing as one, and vocals from Reed that set a new standard in soul stirring intensity and expressiveness.

Performing with a with a full company of horns, keyboards, guitars and backup singers, Reed tears into his stick-to-your-ribs presentation with the hard as nails soul screecher, "Stake Your Claim," a rave-up that sets the tone for the rest of the album. "The Satisfier" and "Boom Boom" are equally impassioned and the fury unsheathed recalls the sounds of the youthful James Brown or Otis Redding running in overdrive. The CD also includes moving blues ballads such as "It's Easier," "I'll Roll With You" and "Fooling Myself," whose chord changes and arrangements are rock solid foundations in constructing moving, energized, epiphanies.

The disc's recorded sound accentuates the retro-fitting material contained therein. Produced by Ed Valauskas, the ensuing sound is vintage, natural, funky, and at times distorted—and from the snare drum's first rap you are alerted that you're listening to a gem, antique sounding though it may be. The electric piano on "I'm Gonna Getcha Back," for instance, appears to have been moved on one too many occasions by violent, uncaring, and malevolent baggage handlers. Recorded on tape utilizing classic tubed Neumann microphones, a RCA ribbon mike and a dusty Ampex pre-amp, the CD's vibe is vintage and all encompassing. The material, along with the presentation and the aura of the recording itself beg one question however as regards Reed's nescient career—how authentic is it (does imitation play a role)?

In a small, windowless, basement dressing room Reed spoke about his move, after high school, to the home of the Blues, Clarksdale, Mississippi where he lived for a year and infused himself with the music and its environs. He spoke of his move to Chicago in order to attend University and his immersion in the gospel music of that city and later Boston's, where in both instances he played organ and sang in evangelical, spirit stompin' churches. He spoke of how, in a sense, his personal history reflected the history of the music itself. That is, the Delta blues in its northward journey, having collided with gospel, eventually gave birth to soul and R & B.

It was this process, and a rigorous performing schedule, that Reed says allowed him "to find his voice," while listening endlessly to personal favorites like Johnny Jones, Rance Allen, Tyrone Davis, Garnet Mimms, Bobby Bland and Bobby Womack. Reed spoke of how through this process of living, listening and playing, he arrived at who he is today. "Through R & B I found I could convey my songwriting better." he says. And how, through his friends, he was able to assemble his band, The True Loves from players with "the same philosophy."

With Reed's personal background, his deep love of southern music, ecstatic reactions of crowds now flocking to his shows, and from watching the sweat stained young man throwing himself prostate on the ground while flailing and shouting, it appears that we are privy not to an imitator, but rather, blessed to see an American soulman of the highest order. This is one more Boston Patriot! One more shout heard round the world!

Stake Your Claim; Am I Wasting My Time; It's Easier; The Satisfier; Take My Love With You; I'll Roll With You; She Walks; I'm Gonna Getcha Back; Won't Give Up Without A Fight;(Am I Just) Foolin Myself;(Doin' The) Boom Boom.