By DOUG COLLETTE
January 31, 2009
Sign in to view read count 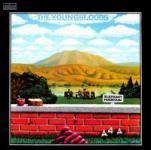 The Youngbloods were more than one hit wonders from the '60s. In fact, the band experienced its commercial breakthrough when the flower power anthem "Get Together" became a hit some two years after originally released. Which was, ultimately, an unfortunate coincidence as the belated emergence of the former tune distracted focus from "Darkness, Darkness" the ever-so-haunting song that keynotes Elephant Mountain.

What might've been an ideal follow-up in mainstream terms (and possibly, in a different sequence of events, a mark of consolidation following the minor splash of the band's initial single as a quartet in the form of "Grizzly Bear") nevertheless remains a dramatic intro to this expanded remaster. Like so many bands situated in the Bay Area, The Youngbloods had roots in the folk movement, but with the exit of Jerry Corbitt, the prominence of Lowell "Banana" Levinger, arose within the group as did its eclectic grasp.

The producer of Elephant Mountain, Charlie Daniels (a longtime Nashville sessioneer before he become famous leading his own Dixie rock outfit) nurtured the group on both those fronts. For instance, David Lindley's fiddle adds to the haunting fragility of Jesse Colin Young's vocal, a quality that would stand him in good stead during a solo career where he mined the same rich ore of folksy R&B that Van Morrison tilled when he, too, lived in Woodstock. "Sunlight" and "Beautiful" foreshadow that period of Young's career, in a decidedly simpler format—the former acoustic arrangement accented with soft harmony vocals, the latter a good-time track enriched with electric piano and percussion.

The three-man Youngbloods' penchant for loose improvisation on the likes of "On Sir Francis Drake" and "Double Sunlight," documented on future albums Ride the Wind (Warner Bros, 1971) and Rock Festival (Warner Bros., 1970), was rooted in the jazz leanings of drummer Joe Bauer as well Levinger's informal approach, never overstepping his bounds as either guitarist or keyboardist.

While neither "Trillium" nor "Ride the Wind" is genre-bending, Elephant Mountain is far greater than the sum of its parts. In sum it functions much like the individual cut "Quicksand," where Daniels and The Youngbloods add horns and strings in just the right proportion. Levinger's matter-of-fact recounting of the sessions in the liner notes put the band's work in perspective.

The well-defined audio quality of the remaster can't wholly remove the dated patina of "Don't Let the Rain Bring You Down," but the two bonus tracks, including an alternate of "Beautiful," help render Elephant Mountain as more than just a quaint artifact from one of rock's halcyon eras. On the contrary, it's one of those pieces that captures a band at that precious moment when everything comes together.