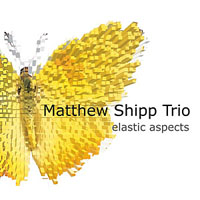 Elasticity is expressed throughout this Matthew Shipp trio release in the deftness of transitions, the focused investigations of central elements in music and a selection structure that has its own striking cohesion. The piano gets its elaborate discovery expedition with corresponding investigations from bassist Michael Bisio and drummer Whit Dickey.