By ROGER FARBEY
December 24, 2013
Sign in to view read count 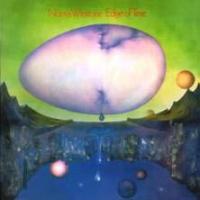 This reissue features many of the most significant musicians in British jazz of the late 1960s and 70s. It also benefits from imaginative compositions and arrangements by John Taylor, John Warren, Neil Ardley, John Surman and Norma Winstone herself.

The opening, title track written by Taylor and Winstone is a memorable exploration of both arrangement and improvisation in equal measure. A tentative beginning gives way to a dynamic brass arrangement accompanying a lyrical song, Winstone's voice ever-soaring and whooping. By contrast, the second track "Perkins Landing," a ballad by Warren and Winstone is a quieter affair with satisfying brass arrangement, featuring solos by Winstone and notably, Malcolm Griffiths on trombone.

"Enjoy this Day," the longest track, again penned by Taylor and Winstone, encapsulates the zeitgeist of this special but brief period in British jazz, evoking at various times the music of Mike Westbrook, Michael Garrick and Ian Carr—all of whom featured Winstone's vocals on at least one of their albums—and here Winstone introduces some of her remarkable wordless singing to be found on Westbrook's underrated masterpiece Metropolis. An outstanding track which sandwiches dynamic arrangements with vocal and trumpet solos by Winstone and Kenny Wheeler, with still some room for a brief but powerful foray by Tony Levin on typically scintillating drums.

Alan Skidmore's ethereal flute, accompanied, by piano and bass, heralds a plangent opening to "Erebus (Son of Chaos)" slowly building into a high octane number with strident, haunting brass ensemble passages, vocal ululating improvisation, and on this track only, Gary Boyle on electric guitar. The culmination of a repeated riff in the final passage of this powerful composition perfectly typifies the writing skills of John Surman at his best.

On the short "Songs for a Child," an Annie Ross-like opening soon evolves into elegant wordless singing over a background of piano and Art Themen's lilting soprano saxophone duetting with the voice. The diffident vocal opening of the penultimate track "Shadows" transmutes into a fast paced rhythmical outing showcasing Henry Lowther's deft trumpet soloing, whilst the whole track is embellished by Winstone's masterly, tonally flexible vocals. The final, short track, "Song of Love" is a gentle ballad featuring voice and a drum-less quintet comprising flute, bass clarinet, trumpet, vibes and bass.

This is a very welcome digipak reissue of a notable album, for too long unavailable. Not for nothing was Norma Winstone voted top female singer for three years running in the Melody Maker jazz polls from 1971-1973, and this, her first solo album, originally released in 1972, is surely one of the reasons.