Eddie Jefferson: The Scientist of Vocalese 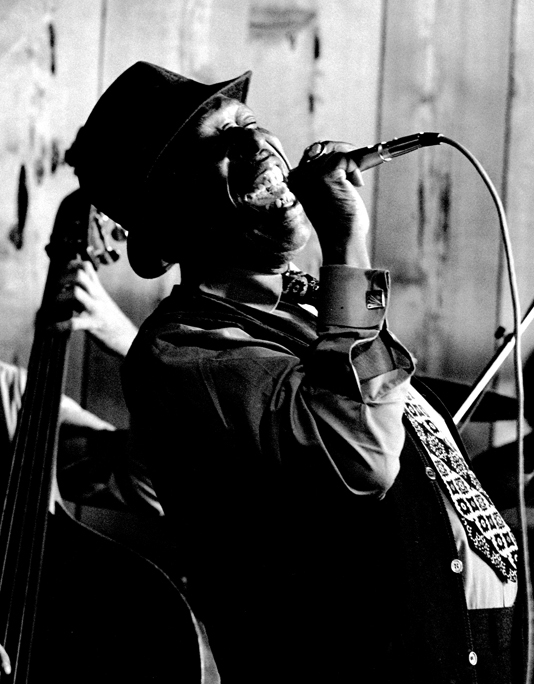 Detroit once had a reputation as the "Killer Kapital," but things have changed—Dave Bing, basketball Hall of Famer is Mayor and is striving to clean up the city. But 32 years ago, actress Brenda Vaccarro and altoist Richie Cole witnessed the drive-by shotgun slaying of the architect of Vocalese, Eddie Jefferson, at Bakers' Lounge. Jefferson was shot and killed May 8, 1979, walking out of the venue, after playing a set with co-leader Cole.

Jon Hendricks was inspired by Jefferson's interpretive lyrical writings to jazz passages with the incarnation of Lambert, Hendricks & Ross in 1957, also including Dave Lambert and Annie Ross. Lambert, Hendricks & Ross' first interpretations were on its debut, Sing A Song Of Basie (Verve, 1957), later followed by Horace Silver's "Come On Home," on The Hottest New Group in Jazz (Columbia, 1960), the vanguard that catapulted the trio's popularity.

Jefferson created a spontaneous combustion among singers who could write. His lyrics focused on the artist' musical linings, as in his version of Miles Davis' "So What": "Miles Davis left the Stage / Rehearsals were over / So What." Some of his lyrics were humorous, like on "Bennies From Heaven," borrowed from the Broadway hit, "Pennies From Heaven": "Bennie May Be From Heaven / but he sure ain't from me."

Yes, a shotgun blast ended the life of Eddie Jefferson, the Scientist of Vocalese; but he is the Phoenix, reincarnated forever within the inner sanctums of lyrical jazz: "There I Go, There I Go / James Moody / You can come on in man / and blow now if you want to / I'm through."