Eddie Henderson: The Doctor is In

By KEN DRYDEN
September 9, 2007
Sign in to view read count
Now in his late 60s, Eddie Henderson was at one time torn between medicine and jazz; he completed training to be a psychiatrist but chose a performing career. The trumpeter has gone back and forth between fusion and various forms of bop, though he seems to be leaning more toward post-bop in recent years. 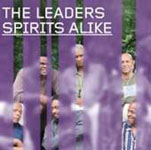 The Leaders was an occasional all-star gathering during the '80s-90s that featured trumpeter Lester Bowie, tenor/soprano saxophonist Chico Freeman, alto saxophonist Arthur Blythe, pianist Kirk Lightsey, bassist Cecil McBee and drummer Don Moye. Henderson has replaced the late Bowie for Spirits Alike, while Bobby Watson, pianist Fred Harris and drummer Billy Hart join Freeman and McBee. The new band has more of a post-bop flavor, though it still ventures into avant-garde jazz. All but Henderson contribute originals to the session, though there's a spirit of co-operation throughout the session that often makes it seem like a working band. Freeman is the dominant personality, penning five of the ten songs and doubling effectively on tenor and soprano with Watson and Henderson also shining in the solo spotlight. McBee's pensive "Consequence features Henderson's powerful muted horn, while Hart wrote the equally tense "Lullaby For Imka , showcasing Watson's vocal-like alto effectively. 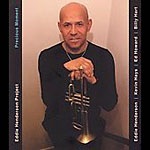 Henderson's mostly ballad date Precious Moment blends post-bop with a slight touch of fusion. Pianist Kevin Hays (who doubles on keyboards at times), bassist Ed Howard and drummer Billy Hart offer solid accompaniment. With Hays providing an insistent vamp on electric piano, Henderson plays the haunting melody of Larry Willis' "To Wisdom the Prize but recasts it as a feature for Hart. The impressionist take of "Blue in Green doesn't mimic the version from Kind of Blue as Henderson takes a different direction, even though he also plays with a mute like Davis, while Hays' introspective solo is respectful of Bill Evans without sounding rehashed. The leader's wife Natsuko penned two lyrical works to showcase his rich flugelhorn, "Around the World in 3/4 and the title track ballad. The pop ballad "Unforgettable is generally associated with Nat King Cole but it is every bit as lyrical without vocals, with Henderson's effective use of space and lush held notes on the larger horn for effect. Two interpretations of Wayne Shorter work very well, though the Christmas Carol "Silent Night seems like a misfit with its synthesizer and plodding rhythm.