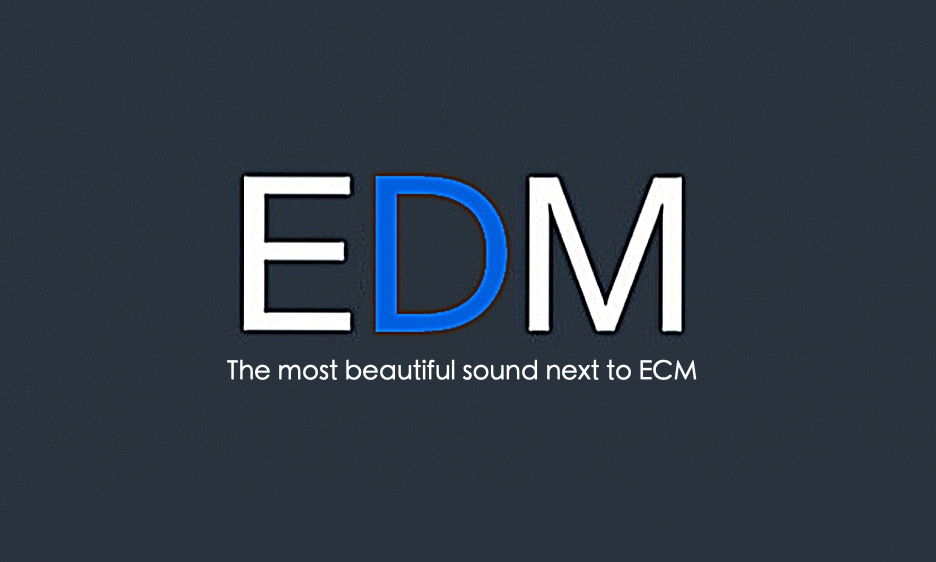 By GENO THACKARA
April 1, 2019
Sign in to view read count

It is most heartening that so many listeners continue to explore new sounds with us. —Manfred Eicher

European label turns its eye toward the future as EDM.

ECM Records will mark its golden anniversary with a defining change in direction, according to an announcement released today. After operating as Edition of Contemporary Music since its small-scale beginning in 1969, the eclectic European label has confirmed plans to adopt the new title Exciting Dynamic Music to signify a wholly revamped outlook. Though the new abbreviation EDM began as a simple typo in a promo poster mock-up, the staff's collective imagination was quickly captivated by the idea of exploring Electronic Dance Music as a result. The company would have liked to directly adopt the more famous title for this new chapter, but discovered that the phrase had been copyrighted by Paul Oakenfold in 1991.

Founder Manfred Eicher describes it as the outfit's boldest step toward modernization to date, following on from the late-2017 announcement that its catalogue would be offered through digital streaming services. "Our successful move into streaming has helped keep us more in touch with what catches the ears of listeners in today's world," the statement reads in part. "We've always considered bridging different genres to be a central characteristic of ECM, and we see many interesting possibilities in bringing our signature aesthetic to clubs and dance floors worldwide."

"In light of our first well-received foray into remixing with the Re:ECM collection in 2011, and with many of our artists having used electronics and looping effects on a number of recordings over the years, this seems the next natural step. We also believe that a series of catchy dance singles can only expand our audience and raise our profile to a new level. Be assured that in the process, we have no intention of changing the taste and elegance that have always been so important to our sound," the announcement continued.

This does not mean an end to the label's more traditional jazz, classical and avant-garde recordings in the future, though these will be produced under the title Old Series and comprise a subset of new releases going forward. Resources will now be primarily devoted to innovative productions exploring body-moving rhythms and cutting-edge technology. Further remixes of past catalogue material will also continue in a new range titled :uRmar, beginning with dance compilations by Aphex Twin, Flying Lotus and Four Tet later in the year.

The announcement also includes news of a June 2019 all-star jazz rave celebration in the label's home city of Munich. Highlights of the marathon event will include a heavy world-trance slot co-headlined by Steve Tibbetts and Deadmau5, a house medley devoted to the songs of Carla Bley, and a chill/ambient "J²" set in the late hours with Jan Bang digitally sampling live improvisations by Jan Garbarek.

Details of similar celebrations in Oslo (confirmed to be headlined by Terje Rypdal), London, New York City and Ibiza will be announced soon. Rumors of a date in Rome, based on a cryptic Ralph Towner Facebook post about "trying something new with [his] twelve-string," could not be confirmed as of press time. If the year's celebrations go as well as hoped, the endeavor will expand into a regular summer festival to showcase the label's new additions in upcoming years.

Eicher still hopes to add other names to the festivities, though the founder's personal wish list has not proved to be completely feasible. Pat Metheny politely declined the invitation, saying that it would involve too much technological gimmickry for his taste, and a terse statement from Keith Jarrett declared that there was simply "not a damn thing in the world you could offer" for him to take part.

Despite some skepticism, the crew remains confident and excited about the move. Eicher sums up, "It is most heartening that so many listeners continue to explore new sounds with us even after half a century in operation. We are pleased to say that EDM's future remains big, bright and most of all, loud."