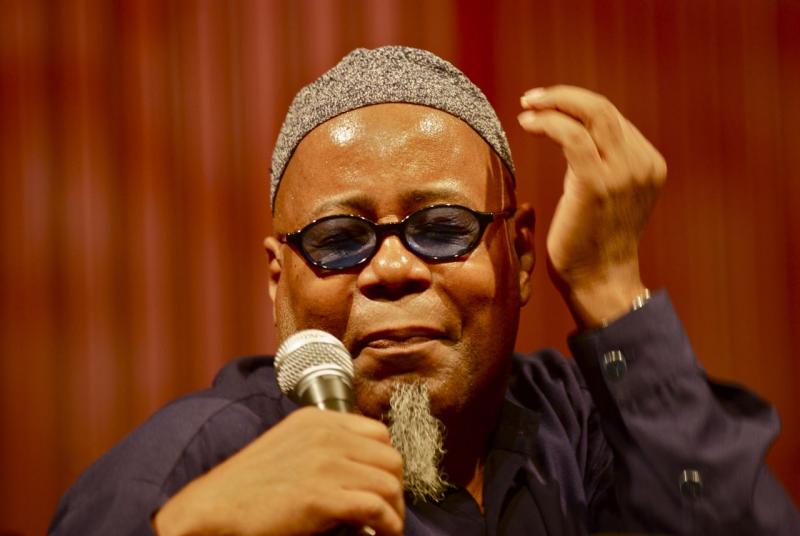 Unique: from the Latin unicus, denotes "one of a kind; being without equal." Its connotation, a bit less restrictive, expands the definition to include: rare and uncommon. Even with the significantly more liberal definitional range, "unique" remains one of the more egregiously abused words in modern American popular discourse. Everyone and everything these days seems to be "unique." Baz Luhrman has a "unique" cinematic vision (yeah, as in bloated and narcissistic); Chris Botti has a "unique" sound (as in elevator-appropriate). The word has become the "go to" descriptor in the contemporary publicist's promotional tool kit.

Nevertheless, there are certain individuals that do merit this adjective; jazz vocalist Dwight Trible is one of them. Trible, a native of Cincinnati, Ohio who has made the City of Angels home since 1977, sings in a dynamic, bluesy, improvisational, cosmic soul style that, at times, recalls the late, great Leon Thomas while, at other times, bringing to mind the sanctified preacher nourishing the spirit of his flock with the Word.

On a recent Saturday night in Pasadena, Trible performed a truly memorable and well- deserved tribute to one of America's most talented, most entertaining and wisest human beings, the late, great Oscar Brown Jr.. The concert, the latest installment of Ruth Price and the Jazz Bakery's Movable Feasts—designed to raise money and keep the Jazz Bakery brand alive until its much-anticipated revival—allowed Trible and collaborator/bassist Trevor Ware to honor a hero of theirs with an intimate and "unique" production in which they re-imagined his very profound work through their own musical sensibilities.

The music opened with an impressive display of percussion. Drummer Paul Legaspi and percussionist Breeze Smith gently caressed their drums, cymbals, pots, pans and shakers, establishing a serene mood. Ware then applied bow to bass for deep, long and soul-satisfying tones, before reciting the uplifting and empowering Brown poem, "Offering Prayer." Finally, Trible stepped up to the microphone for some non-verbal, in other words, down home blues shoutin' summoning of the spirits, before uttering four of Brown's most memorable words: "But I Was Cool!"

Grammy-nominated pianist, composer, arranger, master of hip, and frequent Trible musical partner John Beasley kicked off Miles Davis' classic "All Blues" with its familiar rumbling, before the rest of the band joined in, with Trible singing Oscar Brown's vivid lyrics.

The band segued into Brown's timeless " Brother, Where are You?," a poignant expression of longing especially resonant in these dystopian times. Ware coaxed heartfelt moans from his bass, Beasley dug into his Louisiana Bayou roots for a bluesy piano solo and Trible accented the melancholy mood with shouts of desperation and longing.

Trible amplified the roots mood with a particularly poignant interpretation of Brown's "Rags And Old Iron." Oscar Brown was a master storyteller, sharing his tales like a village griot teaching the lessons of life to the young. In this composition, Brown recalls a childhood memory of an itinerant peddler working the streets of his Chicago neighborhood who, in this case, has no interest in buying the narrator's "broken heart." Trible's minimalist arrangement, with only Ware's haunting, repeated two note bass vamp for accompaniment, delivered an emotional punch to the gut appropriate for those times when "your lover has gone." 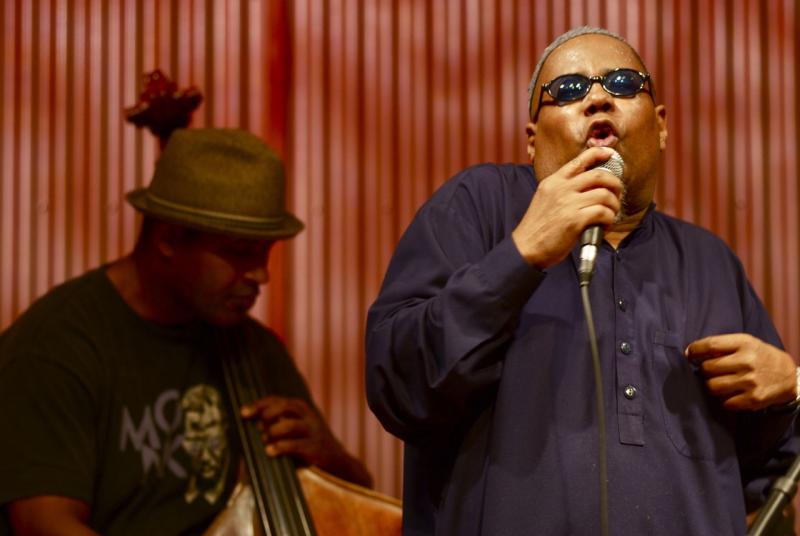 The band also performed the tender and hopeful "Brown Baby," the heart warming "Dat Dere" set to a hip hop beat, and the ironic and cautionary "The Snake." Trible concluded the evening with a burnin' "Afro-Blue," imbuing it with the power of saxophonist John Coltrane, one of Trible's primal influences. Legaspi and Smith created a turbulent percussive storm and Beasley pounded out McCoy Tyner-like chords, while the Reverend Trible's impassioned and demonstrative vocal style transformed the theater into a Sunday morning church meeting. Quite a feat in this historically sedate LA suburb.

Brown, a true cultural hero, penned so many profound and memorable songs, both personal and political, joyous and tragic, that Trible's greatest challenge must have been selecting the tunes to perform. Hopefully, the enthusiastic response will encourage him to expand the show in the future.

And lastly, hats off to the irrepressible and irreplaceable Ruth Price, for her prodigious efforts in keeping jazz alive in Los Angeles. Presenting music is difficult enough; but trying to juggle musicians' schedules, ensuring the quality of instruments and publicizing concerts, all without a regular venue is a daunting task, indeed. Thank you, Ruth; the new Jazz Bakery will be here soon.